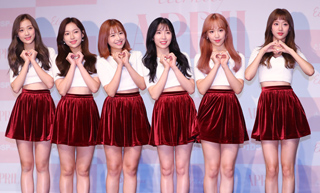 The six-member band will drop its first Japanese record, “Tinker Bell,” on April 25 in the neighboring country, according to DSP Media. The group is scheduled to hold a showcase event for the album on April 21 in Tokyo.

April plans to promote the record in Japan for two weeks next month through various media outlets. The singers will also be featured on the reality TV show Music On! TV, a cable television network operated by M-On Entertainment.

The band recently released its fifth EP album, “The Blue,” in Korea and plans to hold a mini concert in Seoul on April 14.