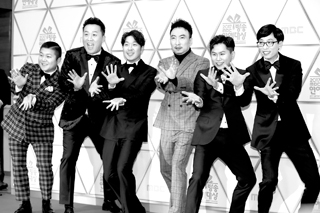 MBC reality show “Infinite Challenge” will record their final episode next Thursday and it will air just two days after, according to local media outlet Sports Chosun.

The show has been airing from May 2006, and has been a favorite ever since. After 12 years, “Infinite Challenge” will officially go on a long break, a decision made by the cast, crew and producer Kim Tae-ho.

The show was loved by viewers for the special themes they showed each week and the interaction between the cast. Led by local comedy icon Yoo Jae-suk, the six members of the cast have attempted various challenges over the years including acting, dancing, wrestling, singing and job interviews.

Producer Kim emphasized that the break does not mean that the show is coming to an end. Kim said that he wants to take this time to come up with new ideas for the variety show.

The final episode will show some behind-the-scenes clips and the cast will share their thoughts about their experience on “Infinite Challenge.” In the weeks after the final episode, the show will air specials highlighting favorite scenes from the past.