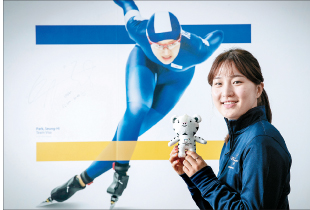 Korean speed skater Park Seung-hi is now a fashion designer after she retired from the sport post-Olympics.

“My dream was to be a fashion designer when I was in elementary school,” she said. “Somehow, I became an athlete, but I kept my interest in fashion. I tried to make my own clothing and even got a tutor, but I delayed my progress to focus on the Olympics.”

Park, 25, is now pursuing a career as a fashion designer. In her free time, she goes to fashion shows and maintains an active presence on social media.

Park ranked 16th at the recent PyeongChang Winter Olympics in the 1000-meter speed skating event. During the 2014 Sochi Olympics, she won three medals as a short-track speed skater - two gold and one bronze. Then she changed to long track and still managed to qualify for the Games.

“I started hating short track,” Park said. “I wanted to quit. In short track, you also need to compete against your teammates. I was getting lots of cheers, but it was too hard to handle the pressure. I was planning to retire if I won gold.”

Park broke into tears after her 1000-meter race when she saw her mother’s face in the crowd, and she cried again during an interview after the race. 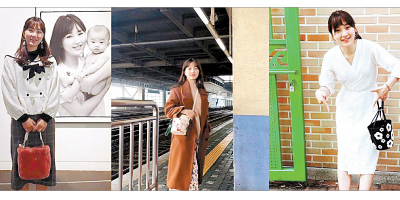 “My mother and sister came to cheer me on,” she said. “I wasn’t hearing what my mother was saying to me, but I started feeling something from inside and the tears came out. And I thought my friend, Noh Jin-kyu, was helping me from heaven.”

Noh, a former Korean national short-track skater, died two years ago from osteosarcoma, a form of bone cancer. He was unable to skate during the Sochi Olympics due to his illness.

“At Sochi, my two sisters and I were all skating during the Games, representing our country,” Park said. “It was the happiest moment of my life. So I wanted to be at PyeongChang with my younger sister again.”

“I wanted to change to speed skating [long track], which I started when I was younger, and thankfully I won the national team selection competition,” she said. “To be honest, I have some regrets because of my injury. A month before the Games, I was injured during practice. I didn’t talk about this because it might sound like an excuse, but it was fortunate my leg wasn’t broken.”