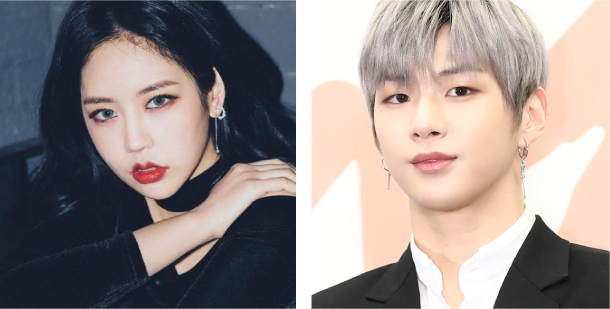 Rapper Yook Ji-dam apologized on her blog Sunday for revealing details about her relationship with singer Kang Daniel of boy band Wanna One.

Yook said she dated Kang for a month before he debuted as part of the group.

The first time she alluded to a history with Kang was on Feb. 14, citing a piece of fan fiction written about the Wanna One star. Yook posted a screen capture of the fan fiction story and claimed that it was based on her own experiences with Kang.

Following her voluntary revelation in February, Yook demanded on March 21 that CJ E&M, the agency she’s signed to in 2017, and Kang give her a public apology.

“You messed with Yook Ji-dam. You never did anything for me when I was at CJ. How dare you joke around with me,” she wrote. On Sunday, Yook suddenly changed her stance and posted an apology.

“I have been diagnosed with bipolar disorder. I’m sorry that I’ve caused damage to a lot of celebrities, even though I didn’t mean to,” she wrote.

In a reply to one of the comments on her post, Yook wrote, “I think I went crazy. I wanted to show it off, I was blinded by [wanting] popularity,” and confessed that the relationship lasted for just a month before Kang started shooting “Produce 101,” through which he debuted.

Yook gained fame after appearing on season 3 of Mnet’s hip-hop survival program “Show Me the Money” in 2014, and then again in the female-only rap competition program “Unpretty Rapstar” in 2015. Kang will perform as a member Wanna One until the group disbands at the end of 2018.