Talks on summit to be held soon

Talks on summit to be held soon 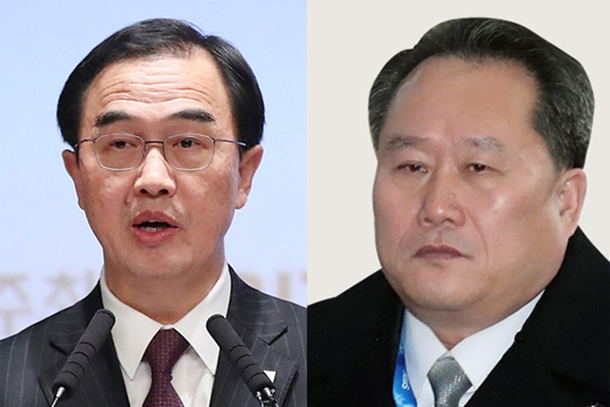 North Korea on Saturday agreed to high-level talks with South Korea on Thursday to discuss a summit meeting between the country’s leaders in late April.

With the North’s consent, officials from Seoul and Pyongyang will meet in the Tongilgak Pavilion on the northern side of Panmunjom on Thursday to discuss matters related to what will be the third summit between the two countries and the first since 2007.

The North’s response to the talks proposal came two days after the South proposed March 29 senior-level talks. If it goes ahead, the summit will be the first meeting of a foreign leader for North Korean leader Kim Jong-un since he assumed power upon the death of his father Kim Jong-il in December 2011.

A date for the summit could be set at Thursday’s talks. An agenda to be discussed between President Moon Jae-in and North Korean leader Kim could also be decided at the meeting. The two countries already agreed that the summit will take place in Peace House located on the south side of Panmunjom.

Kim has also agreed to some kind of discussion of denuclearization of the Korean Peninsula.

It will be the second meeting between Unification Minister Cho and Ri in less than three months. At their first encounter on Jan. 9, the North agreed to take part in the PyeongChang Winter Olympics and send a cheerleading squad.

Next Saturday, 160 South Korean artists and singers led by singer songwriter Yoon Sang will leave for Pyongyang for a four-day visit that runs through April 3.

The troupe includes K-pop performers Red Velvet, Baek Ji-young and Ali. It will stage two concerts in the capital city. The first concert will be by South Korean artists while the second one will include North Korean musicians, according to director Yoon.

The leaders of South and North Korea first met in June 2000 when President Kim Dae-jung flew to Pyongyang for a three-day summit meeting with Kim Jong-il, father of the current leader.

Later that year, President Kim Dae-jung was awarded the Nobel Peace Prize for reducing military tensions on the peninsula and paving a new way forward for inter-Korean relations.