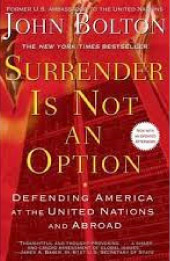 The moment of truth is a phrase used in bullfighting. After a fight between a bull and the matador’s assistants, the main matador appears and kills the bull by stabbing it through the heart. It is a moment of life and death. The moment of truth is also a title of a American reality show from 2008. Contestants received $500,000 for answering 21 questions while taking a polygraph test. It is not easy to answer embarrassing questions about drug usage and extramarital affairs.

The moment of truth is coming on the North Korea nuclear issue. U.S. President Donald Trump appointed hawks like Mike Pompeo and John Bolton to secretary of state and national security adviser. Tensions are rising, and some are worried that the inter-Korean and U.S.-North summits might be disastrous. The appointment of Bolton is especially noteworthy as the neoconservative figure previously advocated bombing North Korea to resolve the nuclear issue.

Bolton is notorious for his aggressive and direct speech and behavior. In 2005, President Bush appointed him the U.S. Ambassador to the United Nations, and Democrats and some Republicans opposed the selection. Some said that he “kissed up and kicked down.” President Bush did not pursue proper procedure and opted to quickly appoint him while Congress was not in session.

In a lecture in Seoul in 2003, when he was representing the United States in the six-party talks, he mentioned Kim Jong-il 41 times and called him an oppressive dictator. He ignored the request from U.S. Ambassador to Korea Hubbard to tone down his rhetoric.

In the end, he was excluded from the delegation, as Pyongyang opposed his participation and called him “human scum” and a “vampire.” Bolton dismissed his past remarks and said that the president’s words are important. It is fortunate that he “kisses up.”

While Bolton may have made the Blue House nervous, he actually helped Korean diplomacy during the Roh Moo-hyun administration. Ban Ki-moon ran to become the UN secretary general in 2006, and during the preliminary vote among the 15 Security Council members, one unidentified opposition vote was cast. Ban’s victory was at risk if it came from one of the members with veto power.

Bolton played up his influence. At the next preliminary voting, the opposition was changed to abstention. He elaborated on the episode in his memoir “Surrender Is Not an Option: Defending America at the United Nations and Abroad.” The moment of truth is coming, and Korea needs to resort to its connections for cooperation with the United States. The question is, will North Korea present the right answer at the moment of truth?