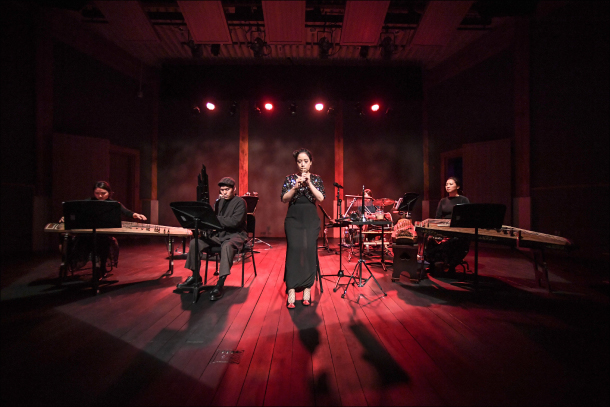 A stereotype that people have of gugak, or traditional Korean music, is that it is music from the past performed by traditional instruments. Due to that old image, the traditional music genre has been shunned by young Koreans.

But on March 21 at the Seoul Donhwamun Traditional Theater, a theater exclusively for gugak located right across Changdeok Palace in central Seoul, the auditorium which seats about 138 people was filled to capacity with young Koreans. Written by young composer Kim Hyun-sik, “Ak II” is a gugak performance accompanied by a piano.

It is a new composition by Kim, who said that he hopes to show how the traditional sounds of gugak instruments can be used in harmony with the piano to create a more “classy” sound.

“I just followed a friend along,” said Park Hyun-min, 33, who was at the performance. “I’ve never seen a gugak performance before and, to my surprise, it didn’t sound old at all. I guess I had some misconceptions about gugak and tonight’s performance really changed my views.” 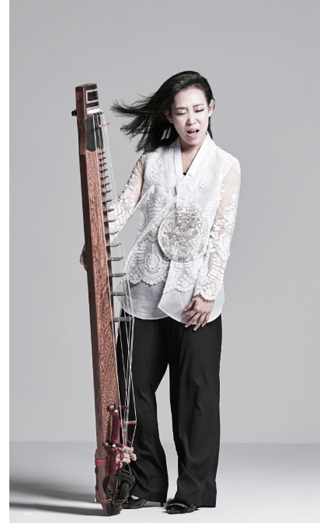 That is exactly what the Seoul Donhwamun Traditional Theater says it had in mind when it launched the “Sintongbangtong” project.

The theater, operated by the Sejong Performing Arts Center, gathered together young gugak artists, supporting them to create new works that are refreshing to the ears of younger audiences. Through a contest held in January, the theater selected 12 teams composed of gugak artists aged under 32. The showcase of the new gugak music created by the teams kicked off on March 14 at the theater. So far, four teams have performed their works and six more teams will be staging their works one after another until April 21.

On March 16 and 17, piri (a double reed instrument made of bamboo that sounds similar to an oboe) player Park Ji-young performed “Memory of the Night” at the theater to a sold out crowd. Park, who also plays saenghwang, a reed instrument similar to the Chinese sheng, sat on a high chair under a spotlight on stage, similar to a common set up for a live jazz performance, and showed off her new pieces.

“It was such a tranquil and sophisticated performance,” said 28-year-old Kang Hye-min who came to watch Park’s performance with her boyfriend. “It felt like I was at an indie band concert. All the music, although they are traditional tunes, sounded really refreshing.”

Tomorrow, a new performance will be staged for two days. Titled “The Middle: Stray Thoughts of the Youth,” geomungo (six-stringed Korean zither) player Hwang Jin-ah will be playing her new compositions. Hwang is known for creating powerful yet refreshing sounds using geomungo, and has been praised by critics for widening the spectrum of the traditional instrument.

On March 30 and 31, Jeon Byeong-hun, a folk singer specializing in Gyeonggi minyo - referring to Korean folk songs from Gyeonggi - will be showcasing some of the folk songs of the Gyeonggi region that have been long forgotten by reinterpreting the songs with “young musician’s sensibility.” 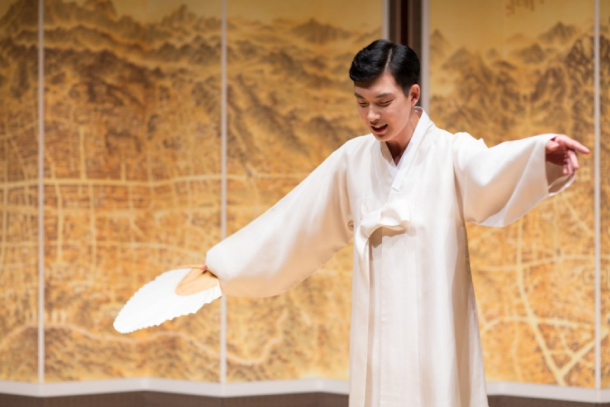 He’ll be appearing on stage adorned in hanbok (traditional Korean clothes), but the performance, according to the theater, will be nothing like previous minyo concerts.

“‘Sintongbangtong’ is a Korean word that gets used when adults want to compliment young people for being proud of what the young people have done and want to praise them,” said an official from the theater.

“We wanted to give young gugak musicians opportunities and a pat on the back for showing new possibilities for our traditional music.”

For more information about the programs, visit www.sdtt.or.kr.