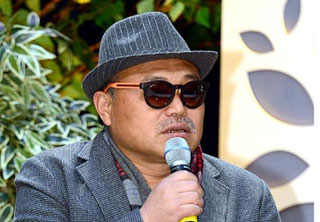 Singer-entertainer Kim Heung-guk filed a countercharge against the woman who sued him for sexual assault on Monday.

On March 14, an anonymous woman came forward on MBN’s “News 8” and accused Kim of sexually assaulting her in 2016. She claimed that she met Kim through a mutual friend and after having drinks with him and a group of acquaintances, she later woke up naked next to the singer. She asserted that Kim had raped her that night. However, Kim rebutted her accusation, saying that the woman had approached him with ill intent from the beginning and that he had evidence to back his claim. He said that the woman had asked him for money saying that she needed it for a lawsuit she was facing.

Kim filed a suit against her on March 20 for psychological and physical damage and soon after, the woman sued the singer on March 21 for rape. On Monday, Kim countersued her for defamation and false accusations. On the same day, local outlet YTN Star reported that two anonymous men have reported her for obtaining money through fraud under false promises of marriage. The prosecutors are currently investigating the case and have not yet taken the woman in for questioning.

Kim said on Monday, “I’m about to lose everything I worked for in the entertainment industry for 30 years. What’s even more painful is the misunderstanding from my wife and family. And I’m very sorry to my fans.” He added, “I will sincerely cooperate with investigations so that the truth will come out as soon as possible.”