EL takes the lead after years of minor roles

EL takes the lead after years of minor roles 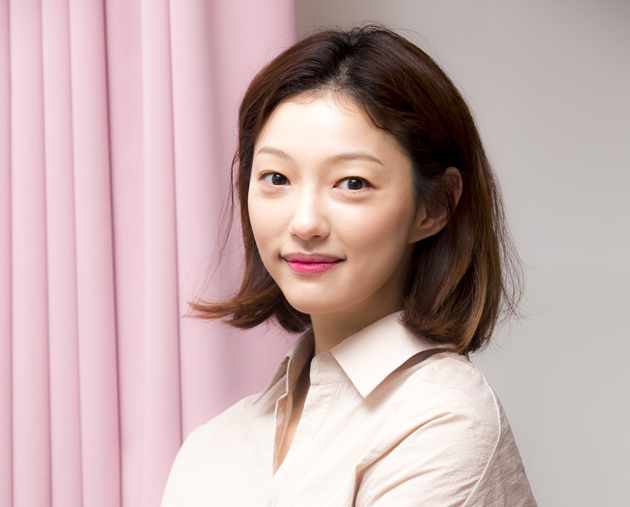 Actor EL plays a sensuous character in the center of a faithful husband’s extramarital affair in the Korean remake of a Czech film, “Men in Hope.” [NEXT ENTERTAINMENT WORLD]

The name EL may not ring a bell to many, but they may recognize her face. The 36-year-old actor has pulled off many small roles that have left strong impressions on both small and big screens.

The actor is likely to become more well-known after the release of the rom-com “What A Man Wants,” in which she plays her first main film role.

After playing several distinct, yet relatively minor, roles, EL has landed her first main role on the big screen in the upcoming “What A Man Wants.” She previously played a main protagonist in a horror movie whose name literally translates to “The Scent of a Ghost” (2017), but it wasn’t released in theaters.

When asked how she feels about playing a main role for the first time, the actor told the Korea JoongAng Daily, “I’m dazed.” During an interview held in Samcheong-dong, central Seoul, on Monday, the actor said with a laugh, “These days, I’m so nervous that I can’t even properly sleep or eat. Though I think the movie came out funny, I’m afraid of how my character will be seen by audiences. It’s a pleasant excitement.”

Directed by Lee Byeong-heon of comedy films “Twenty” and “Cheer up Mr. Lee,” EL plays an attractive yoga instructor who steals the hearts of married men in the film. 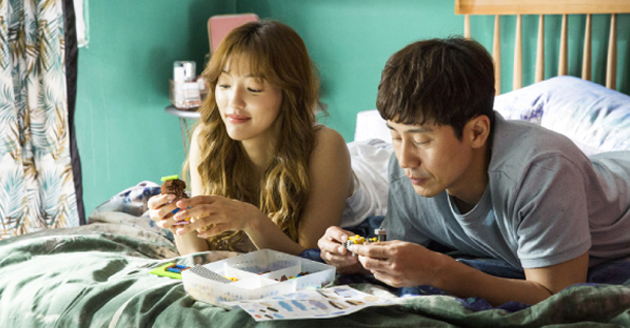 EL, left, plays an attractive yoga instructor looking for love in “What A Man Wants.” [NEXT ENTERTAINMENT WORLD]

Taxi driver Seok-geun and restaurant owner Mi-yeong are brother and sister, while chef Bong-su is their brother-in-law and husband. The film unfolds with Seok-geun’s extramarital affair, which turns out not to be his first time. When he gets caught by Bong-su, he doesn’t feel any regret. Instead, Seok-geun describes his affairs with countless women as the driving force that keeps his marriage happy, and even encourages his brother-in-law to cheat on his younger sister.

Unlike Seok-geun, Bong-su is a faithful, yet boring man. But after encountering Jenny at a billiard hall, he is tempted into a relationship with her.

“Although Jenny shares several commonalities with who I am, she wasn’t an easy character to approach,” said EL. “I had to carefully go through every detail from her facial expressions to a single breath.”

“Jenny and I share similarities in that I always ask myself ‘Would I be able to be loved?’ Jenny also continuously asks herself the question while feeling a strong sense of loneliness.”

Though Jenny’s relationship with Bong-su starts off light, she soon finds herself filled with jealousy for not being able to have Bong-su fully to herself. So she decides to move in to Seok-geun’s house, next door to Bong-su’s, to work as a housekeeper.

Though Jenny may be seen as a woman who is about to ruin a family, EL instead understood her character as someone who is curious.

“I thought Jenny is someone with a strong sense of curiosity about others. Her biggest charm is honesty. She outspokenly speaks her thoughts and emotions, and goes with the flow in most situations. In real life, that’s not easy, as people often regret when they act in such a way,” the actor said and added, “I liked her boldness.”

Unlike the original film, Jenny is depicted as someone who is more than a voluptuous woman craving for love. She provides inspiration to Bong-su to shut down his Italian restaurant and open a Chinese diner, which had been his longtime passion. Jenny also comforts Seok-geun when he is going through tough times.

“After reading the script, I tried my best to erase the image of my character from the original flick in my mind after watching it. The character in the original is a lot sexier, but I tried to remove that image [to a certain extent.]”

Though the upcoming film is a comedy, there are concerns that the R-rated comedy will likely arouse criticisms from those asserting that the film romanticizes extramarital affairs.

“The point of the movie isn’t cheating on your partner. The film is using that as a tool to deliver a story about immature adults experiencing loneliness and the futility of life even after getting married. I hope audiences can focus more on the point of loneliness instead of the characters’ affairs.”

When asked how she wants Jenny to be evaluated, EL said, “I want to hear that I portrayed Jenny in an understandable way.”

The R-rated comedy is scheduled for release on April 5. It runs for 100 minutes.