‘Along with the Gods 2’ finds actors

‘Along with the Gods 2’ finds actors 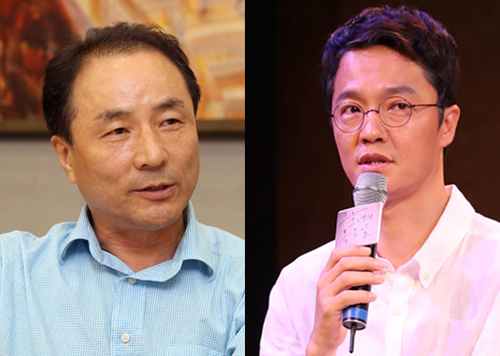 Actors Cho Han-cheul, left, and Kim Myeong-gon, right, will replace Oh Dal-su and Choi Il-hwa in the second part of “Along with the Gods,” the film’s production team Dexter Studios announced on Wednesday.

Scenes featuring the new actors will be shot in April.

Filming for the fantasy drama was already complete, but after Oh and Choi were accused of sexual misconduct as part of the snowballing Me Too movement, the film’s production team decided to remove entire scenes featuring Oh and Choi.

“Only the parts that originally featured the two actors [Oh and Choi] will be reshot. There won’t be any additional shooting [with other characters],” said the production team.

Oh played an afterlife prosecutor in “Along With the Gods: The Two Worlds,” which sold an impressive 14.4 million tickets upon its release in December. Oh was slated to play the same role in the latest film in the series. Choi didn’t appear in the first movie, but was scheduled to play an important role.

Cho has played small roles in a variety of movies, including “The Mayor” (2017) and “Heart Blackened” (2017). Kim has also played minor roles in films like “Steel Rain” (2017) and “Warriors of the Dawn” (2017). Kim served as the Minister of Culture, Sports and Tourism for about a year during the Roh Moo-hyun administration.