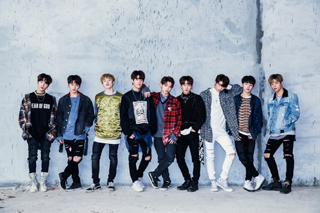 JYP Entertainment’s new boy group Stray Kids set a record for the most views of a debut music video on YouTube in just 24 hours of the release of their title track “District 9” on Monday.

The music video to their title song “District 9” was released along with their debut album “I Am Not” on Monday evening. In just 24 hours, the music video had over 4.27 million views.

The rookie K-pop group surpassed boy group Wanna One, who previously set the record with their debut song “Energetic,” which received 4.03 million views within 24 hours.

The group already has a huge fan base from the show and has gained attention for being JYP Entertainment’s first idol boy group since DAY6 in 2015.