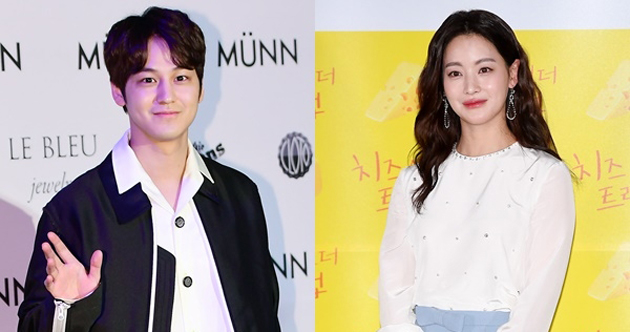 “Kim and Oh have been dating for a month,” said a representative from Starship Entertainment.

Oh’s agency Celltrion Entertainment added, “Oh got to know Kim through a gathering with their mutual friends. The two began their relationship after Oh finished shooting her tvN drama ‘A Korean Odyssey,’ which wrapped March 4.”

Kim is known for his appearance in the 2006 MBC sitcom “Unstoppable High Kick!” and the hit KBS2 drama “Boys Over Flowers” (2009). He most recently appeared in the 2015 film “Detective K: Secret of the Lost Island.”