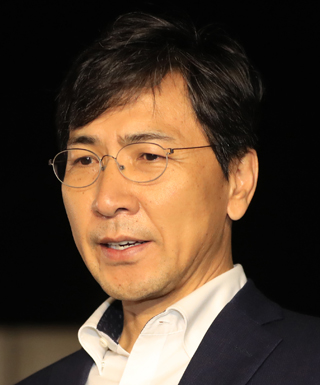 A Seoul court late Wednesday evening decided not to arrest former South Chungcheong Gov. An Hee-jung, who has been accused of raping two women who worked for him, including his former secretary.

“We are not worried that An will try to run from authorities or destroy evidence,” Judge Kwak Hyeong-seob of the Seoul Western District Court said at around 11 p.m. Wednesday. “An has cooperated with the investigation so far. If we detain him now, it would be an excessive restriction on the suspect’s right to defend.”

Last Friday, the Seoul Western District Prosecutors’ Office submitted an application for an arrest warrant. An, a former presidential candidate, is the highest-profile figure to be implicated in Korea’s growing Me Too movement. He faces charges of rape and indecent acts by compulsion.

The first woman to come forward with allegations was Kim Ji-eun, his former secretary. In a JTBC Newsroom interview on March 5, she said An raped her four times and harassed her often during her eight months working for him from June 2017 to February this year. She said the most recent rape took place in February.

She filed a criminal complaint the next day, and An immediately stepped down from his post as South Chungcheong governor. He voluntarily appeared at the prosecutors’ office on March 9 for questioning. At the time, he told reporters he had apologized to Kim and acknowledged that he had forced her to have sex with him.

But 10 days later, during a second round of questioning, An changed his testimony and said he thought the sex was consensual.

The second accuser, a former researcher at An’s political think tank in Mapo District, western Seoul, claimed she was raped by An three times from August 2016 to January 2017. His sexual misconduct allegedly began in 2015, when he “pinched” her waist with his right hand during a public gathering in South Chungcheong.

She filed a criminal complaint on March 14.

On Sunday, a feminist group claimed there were two more accusers. In emails sent to local media outlets, the group said they represented two women who worked on An’s presidential campaign last year.

The statement said that during the campaign, An hugged one woman in an elevator and touched the thigh of another woman at a dinner gathering.