Ben McKenzie leads ‘Gotham’ on and off screen

Ben McKenzie leads ‘Gotham’ on and off screen 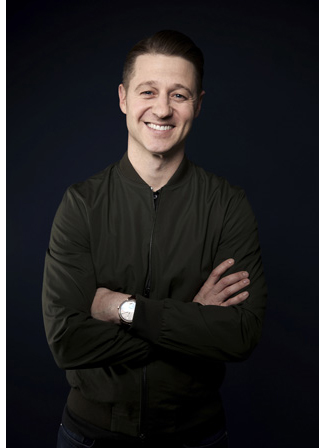 
NEW YORK - Ben McKenzie says he doesn’t have any particular attachment to the number 16, but there’s a reason why it’s worked out that he would direct the 16th episode of “Gotham” for two years in a row. His latest directorial turn on the “Batman” prequel airs Thursday on Fox.

“It means I have the ability to prep before Christmas and shoot after Christmas,” said McKenzie recently in an interview. “There’s a method for sure.”

Prep includes location scouting, determining if any sets need to be built, casting, working with stunt coordinators on fight choreography and going over music choices for the episode.

McKenzie has juggled his time before. Last year he also wrote an episode of “Gotham,” which required writing breaks on his honeymoon with “Gotham” co-star Morena Baccarin.

There is an advantage to writing and directing a series he knows so intimately.

“You know what’s going on, you’re familiar with all of the characters and the people who work behind-the-camera,” he said.

A disadvantage? “It’s only your second episode ever as a director,” he laughed.

McKenzie says he’s particularly proud of Thursday’s episode because there are a lot of moving parts.

“First time around I was relatively conservative and tried to make sure I didn’t mess it up too badly,” he said. “This time there’s a lot of action, big set pieces and a scene where three principles break out of an asylum, which required 200 background actors and a 200-foot crane.”

The desire to take on more comes from wanting to be well-rounded.

“I’ve done this for a while. As much as I love being in front of the camera, it can become a bit boring quite frankly. It’s doing a similar process over and over again. Often on many shows you’re doing a similar beat emotionally so you just want to push yourself and try new things.”

These are skills that also set him up for the future.

“I don’t necessarily want to go on different shows and direct only because I think that can be kind of a challenging life, as other directors who have done it tell me - especially with children.” He has a 2-year-old daughter with Baccarin and a 5-year-old stepson.

“Gotham,” now in its fourth season, focuses on the city before Bruce Wayne became Batman. McKenzie plays James Gordon before he becomes police commissioner. We also see the genesis of villains including the Penguin, Catwoman, the Riddler and Poison Ivy.

Since season one, the series has evolved into more of a wild ride that is less police procedural and more “One Flew Over the Cuckoo’s Nest.”

“Over the top may be the wrong phrase but it’s pretty unapologetically going for it,” said McKenzie. “It was conceived as much more of a noir-ish kind of cop show and I think as we got into it, we realized we could play with how large the villains are and how over the top some of the stuff can be.”

Sometimes he does wish he could go for it, playing bad like his co-stars.

“The only frustration is that Jim is obviously always playing the part of the straight-laced, no nonsense somewhat dour detective guy. [The villains] get a lot more fun.”

“Gotham” just wrapped filming its season and McKenzie says he’s enjoying time off with his family.

He and Baccarin enjoy watching shows together like Netflix’s “The Crown” which they commit to watching together because it’s “good couple’s viewing.”