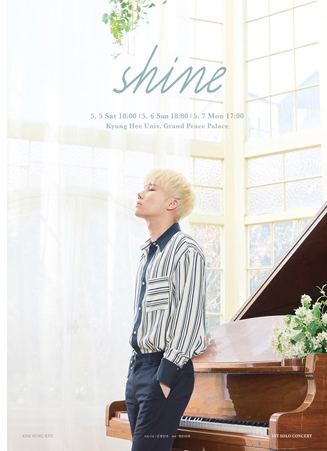 Boy band Infinite’s lead singer Kim Sung-kyu will hold his very first solo concert titled “Shine” from May 5 to 7 in Peace Hall at Kyunghee University in central Seoul, according to his agency Woollim Entertainment on Friday.

Apart from his music career, Kim has appeared on a number of TV shows such as KBS2 travel program “Fluttering India” (2015), and Channel A variety show “Singderella.”