Lee Bo-young finds a new voice as a ‘Mother’

Lee Bo-young finds a new voice as a ‘Mother’ 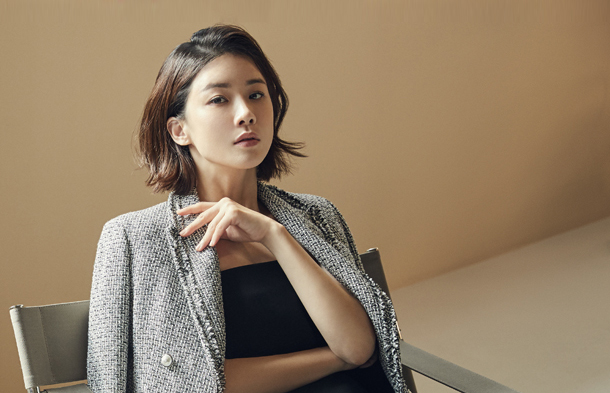 While filming the recently-wrapped cable drama “Mother,” which tells the story of a child who is abused by their parents, actor Lee Bo-young found camaraderie with her young co-star, child actor Heo Yul, who she now calls her best acting partner ever.

The drama was a bit more special to Lee, who recently gave birth, as it focused on a mother-daughter relationship.

She said she wanted to do the show as she herself had spent time thinking a lot about whether she was a bad mother. In the drama, her character invites an abandoned and abused child into her home.

“My life has started to center around a child,” said Lee explaining the reason she wanted to know more about what struggles that abused children have and the way that society views the roles of parents.

“I wasn’t so happy with how people see moms and dads differently: For example, when a husband holds a child, it is seen as something that deserves a compliment, but when I hold a baby, that’s something that is expected. I hated that perspective.”

Lee, in the drama, shows how love grows while raising a child, as she plays a teacher, who isn’t a mother, that decides to take in her student after learning that she was abused at home.

She sat down with Ilgan Sports, an affiliate of the Korea JoongAng Daily, to talk more about the drama and how she felt. The following are edited excerpts from the interview.

Q. What did you think about some of the scary or unpleasant scenes that were in the drama?

A. It is true that instances of child abuse are growing exponentially. I thought it was right to show uncomfortable images. There are some kids dying from this abuse and the real world can be much worse than what’s shown in the drama.

Do you have any different feelings about a mother’s love after filming this drama?

Nothing has changed for me. I think the love that you get from raising a child is bigger than the love you get from giving birth. I liked the lines I had in the drama, as my character took the kid in as her friend. She doesn’t use particularly easy words for children, and she respects the child’s opinion. It made me realize that I want to raise my own kid just as my character does.
The whole time I was filming the drama, I was thinking that I need to be a better mom.

What thoughts did you have when you first met your child?

I thought I would fall in love right away, but that wasn’t the case. I thought a lot about why my kid did not feel particularly precious to me and thought that maybe I was weird. After some time, I started to have more feelings for my daughter. I really think a lot about the emotions you gain from raising a child.

How did you choose this work?

As soon as I got an offer, I said I wanted to do it. But as the premiere came closer, I thought I was crazy. I got scared thinking about what made me make such a decision and what I wanted to say through the drama. But personally I’m happy.

Why do you choose to do work that take such an emotional toll?

It is not my choice to only do difficult projects. I chose works that actors around my age can do. If I am offered to take part in something bright, then maybe I could do it, but if not, I will do something [emotionally] tough again. I will do my best. I can’t do very romantic stories. I’ll be awkward playing a character who falls in love at first sight.