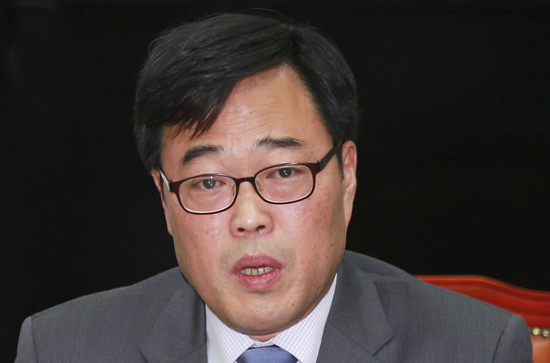 Kim Ki-sik, a former lawmaker, has been tapped as the new head of the Financial Supervisory Service (FSS).

Kim, who had a seat in the 19th session of the National Assembly from May 2012 to May 2016 as a member of the Minjoo Party, was nominated on Friday by the Financial Services Commission (FSC) as the new governor of the FSS. It is the first time a politician was nominated to lead the FSS since it was founded in 1999. Kim is currently the head of the Korea Institute for the Future, a think tank affiliated with the Minjoo Party.

FSC Chairman Choi Jong-ku said Kim has “great expertise in financial policy, regulation and supervision” having served as a member of the National Policy Committee of the National Assembly, which put him in a position to oversee financial authorities and banks in Korea.

Kim is also considered a civic activist, having served in a number of posts for the People’s Solidarity for Participatory Democracy, a local civic organization. He has a reputation of being a “chaebol sniper,” or critic of Korea’s conglomerates, similar to Jang Ha-sung, currently policy chief of the Blue House, and Kim Sang-jo, chairman of the Fair Trade Commission.

“Kim has rich experience in coordinating different interests and reformative economic policy development,” said the FSC in a statement. “Kim was recommended as governor of the FSS because he is considered the right person to lead the changes in the FSS, which is facing a number of challenges.”

If approved by President Moon Jae-in, Kim will succeed Choe Heung-sik, who stepped down from the post earlier this month over allegations that he helped a college friend’s son land a job when he was the president of Hana Financial Group in 2013. Choe is the FSS chief with the shortest term in its history, having served only seven months as governor.

The FSS is currently mired in a number of controversies, including allegations of favoritism in hiring. Ironically, former governor Choe was supposed to root out such favoritism.