Web comic gets youth to rusticate

Web comic gets youth to rusticate 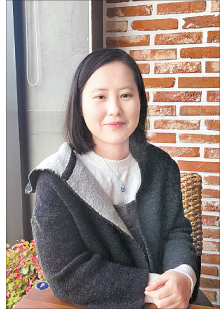 A web comic portraying the life of a city girl who moves to a rural village in Mungyeong, North Gyeongsang, has become so popular in Korea that readers are making inquiries to the local government about how they can live there as a farmer.

For Lee Ji-eun, the author of “City Girl’s Life on a Farm,” it’s exactly what she was hoping for. “I wanted to give practical information to those who are thinking about escaping the city to settle down on a farm,” she said.

Lee moved to Mungyeong with her family last year after living in Seoul for more than 20 years. In their small rural village, her parents have been enjoying the slow life, planting beans and harvesting them for sale.

Her family had been preparing for the move since 2015, but once they got there, Lee realized there was little information online about how to transition to farm life. “There was a lot of information that wasn’t actually true or wasn’t practical in real life,” she said.

Still, she found pleasure in the pastoral life and wanted to recommend it to other young people living in cities. In her spare time, Lee mastered illustration and decided to share her experience through comics. She conducted research into life as a farmer, reading government policy books and consulting with acquaintances in the village.

The result is an illustrated guide to rusticating. “City Girl’s Life on a Farm” includes information about how to search for homes in a rural village, how much government funding one can receive and how to educate one’s children there. It even has tips on how to socialize with neighbors and find hidden restaurants.

The series has piqued many urbanites’ interest in rural living. “From retirees to younger people, we receive an average of three to four calls a week making inquiries about living here in Mungyeong,” said Park In-hee, an official in the local government.

Rusticating, known as guinong in Korean, has become a popular option for urbanites sick of long hours and crowded commutes. In acknowledgement of Lee’s contribution to raising awareness of the trend, the government of Mungyeong appointed her as its ambassador of guinong.

“I hope my web comic changes perceptions among younger people about becoming a farmer and living in a rural village,” Lee said.