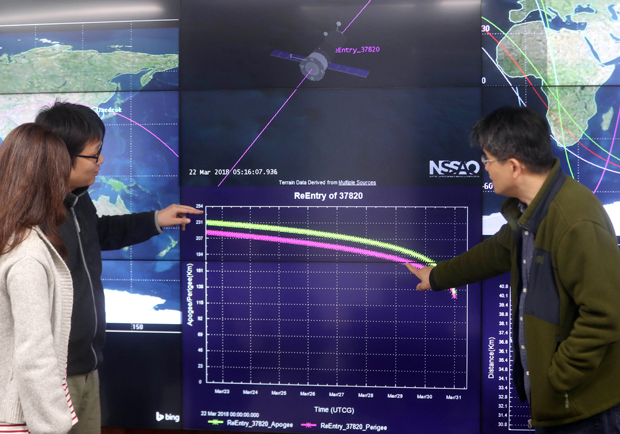 Researchers observe the re-entry trajectory of a Chinese space station in a situation room at the Korea Astronomy and Space Science Institute in Daejeon on Friday. The defunct Tiangong 1 is estimated to enter Earth’s atmosphere sometime between 6 p.m. Sunday and 2 p.m. Monday at a latitude between 43 degrees north and 43 degrees south, a range that includes the Korean Peninsula. The Ministry of Science and ICT said it would initiate its lowest-level warning at 4 p.m. Sunday and upgrade the warning if Korea is found to be a likely location for the crash. The Tiangong 1, launched in 2011, is China’s first space station. [YONHAP]