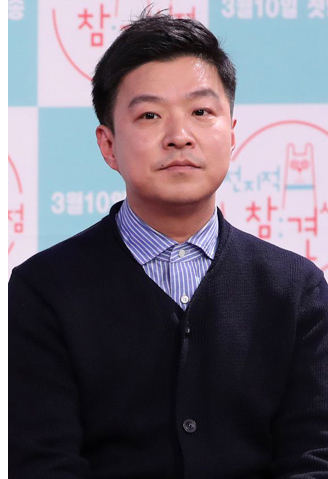 Comedian Kim Saeng-min, known for his popular podcast on personal finance, released an apology through his agency, SM C&C, on Monday in response to claims of sexual harassment.

The allegations against him first appeared Monday morning in a report by Dispatch, an online media outlet. A woman who used to work at a local broadcaster said, in a letter sent anonymously to Dispatch, that she and another staff member were victims of unwanted sexual advances by Kim during a work party in 2008.

At the time, Kim was starring in a television show at the broadcaster. He and several producers and writers went out for karaoke one night, and Kim called her into a room he was in, according to the woman’s account.

When she went to the room, Kim allegedly pulled her toward him and wouldn’t let go despite her resistance. After a senior colleague entered the room, Kim abruptly moved away and pretended like nothing happened. The event traumatized her, the woman said, and she later left the company.

The woman’s account included another alleged victim of Kim’s sexual advances that same night. She, too, was a staff member at the broadcaster, and when she went to the production crew explaining the issue, they said there was nothing they could do, according to the account. “This kind of issue isn’t enough to fire a celebrity from a show,” the main writer allegedly said, explaining that staff members could be fired over such an issue but not hosts or celebrities like Kim.

Dispatch reached out to Kim for comment, and the comedian acknowledged sexually harassing the second woman, telling the media outlet that he had apologized to her at the time. He claimed to have no knowledge of the first woman’s claims. Kim reiterated his comments in an apology released Monday after the Dispatch story broke.

A growing number of celebrities and entertainers have faced allegations of sexual misconduct by Korea’s Me Too movement. The public has also taken issue with the way in which such cases have been handled by companies and broadcasters, which often cover for the alleged assailants to ensure programs continue running.