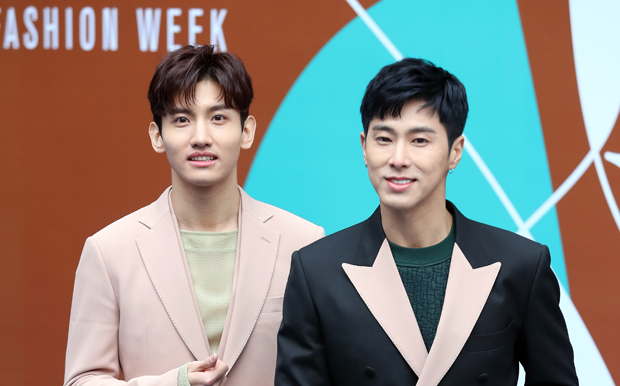 TVXQ, the duo once deemed “K-pop royalty” by Billboard, released a music video for their song “Love Line” at midnight on Monday.

The song comes off their latest album, “New Chapter #1: The Chance of Love,” which was released last Wednesday. Fans were excited to see the duo’s change in image from macho and mysterious to relaxed and laid-back, with Jung Yun-ho and Choi Chang-min giving off sweet and cheery vibes one year after they were dispatched from Korea’s compulsory military service.

The music video shows the duo relaxing on vacation, complementing the music’s cool and upbeat mood.

TVXQ has appeared on several music programs to perform their new songs “The Chance of Love” and “Love Line.” The album has ranked on top on several domestic music charts, including Hanteo and Synnara Records.

The duo is set to hold a concert series on May 5 and 6 at the open-air Auxiliary Stadium of the Jamsil Sports Complex in southern Seoul. Tickets will go on sale Wednesday through Yes24.