KEB Hana gave out jobs to the connected

KEB Hana gave out jobs to the connected 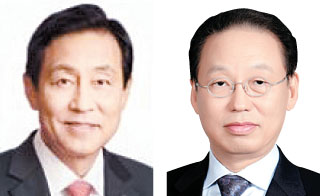 KEB Hana Bank handed out jobs to well-connected but poorly qualified applicants in 2013, confirming allegations that cost the former head of the Financial Supervisory Service (FSS) his job last month.

Half of the hires were connected to high-ranking executives or officials in Korea’s private and public financial sectors, and half were given favors based on their gender and schools.

“Out of the 105 hires that were recommended by officials and executives in and outside of the bank, 16 were hired illegally,” explained Choi during the press briefing. “The bank also fixed scores to eliminate two female applicants and replaced them with two male applicants, while 14 were given preferential treatment based on their universities.”

Choe Heung-sik, the former governor of the FSS, was found to have helped his friend’s son get a job when he was the president of Hana Financial Group in 2013. Allegations of nepotism forced him to resign from the post on March 12 and prompted the FSS to launch the investigation.

According to the findings, the applicant recommended by Choe passed the paper screening process despite being unqualified for the position. The applicant eventually landed a job at the bank.

Another applicant was recommended by a member of the National Assembly’s National Policy Committee. The applicant failed the interview stage, but still was able to get a job at the bank. KEB Hana also rigged the interview score of another candidate recommended by an official from the Blue House. This candidate was the nephew of an inspector general at the Blue House, the findings suggested.

The investigation also uncovered a number of cases in which certain applicants were set as the final hires even before the hiring process began.

One applicant, who scored a zero in one of the interviews because of a “poor attitude,” was still hired by the bank. This particular applicant may have been connected to Kim Jung-tai, the chairman of Hana Financial Group.

The recommendation on the applicant’s document was marked with “hwae,” the first letter of “hwaejang,” the Korean word for chairman.

“Although it’s a presumption, a manager from the human resources department [of the group] said ‘hwae’ may indicate that it’s from the chairman or the chairman’s office,” said Choi.

Hana Financial Group reportedly claimed that the chairman has no idea who the applicant or his or her parents are and did not recommend anyone to hire the applicant.

In the second half of 2013, for instance, the bank decided hire four men for every woman. It eventually hired 5.5 times more male applicants than female applicants.

Some applicants were hired because they graduated from more prestigious universities than others, despite their lower scores in document screenings and interviews. The bank’s human resources department reportedly held unofficial meetings to do so.

Choi explained that his team handed over their findings to the prosecution last Friday for further investigation.