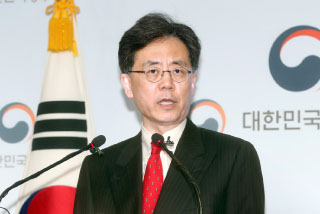 On Sept. 22, 1985, Japan’s Finance Minister, Noboru Takeshita, was all smiles as he left the Plaza Hotel in New York. He had just come out of a pleasant meeting with ministers from France, Germany, the United Kingdom and United States. All five had signed a two-line statement agreeing to work toward lowering the value of the U.S. dollar and cooperating on fiscal and monetary policies to reduce external imbalances.

He had no idea that Japan’s two “lost decades” would lie ahead.

Japan was briefly at ease after the Plaza Accord. But the magnitude of yen revaluation ended up being far greater than the expected 15 to 20 percent. Its exchange rate with the dollar went from 240 yen ($2.26) right after the meeting to 120 yen by the end of 1987.

The yen’s rise caused real estate and stock prices to soar. Domestic consumption skyrocketed, creating an economic bubble. When it burst in the 1990s, a long slump followed.

The Plaza Accord was an outcome of the United States trying to solve its own economic issues with international politics after struggling with twin deficits in budget and trade in the 1980s. Washington raised interest rates to control inflation, but the trade deficits continued.

Japan became a U.S. target because it had the biggest trade surplus with the United States. Washington’s leverage was security cooperation. Japan was rather flattered that America, a superpower, was asking for a favor. Japan was confident in its economy and felt it had gotten revenge for its defeat in World War II.

The attitude of the United States toward its free trade agreement (FTA) and exchange rates with Korea reminds me of the way it handled the Plaza Accord 33 years ago. The U.S. trade representative included an agreement on exchange rates among the outcomes of its negotiations with Seoul. The Ministry of Strategy and Finance denied rumors of a secret agreement on currency exchange, saying negotiations were still in progress on that front.

The move is meant to help Korea avoid being designated a currency manipulator by the United States, but it could affect our exchange rates. The free trade agreement is about individual products, but exchange rates directly affect overall exports.

The Korean government argues that the free trade agreement and exchange rates are separate issues. But the United States has abandoned the dignified stance of separating economics from politics. President Donald Trump, a businessman, has suggested linking implementation of a new FTA to a meeting on North Korea’s nuclear weapons.

In Seoul, trade policies fall under the Ministry of Trade, Industry and Energy while exchange rates are overseen by the Ministry of Strategy and Finance. Washington is playing a game of football with Trump as a player, but Seoul is fielding people who are sticking to their assigned positions.