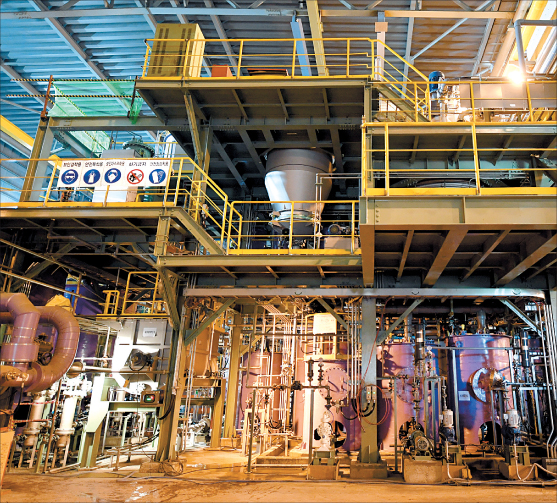 After pinpointing lithium as one of its future growth engines, Korea’s largest steelmaker Posco started production of lithium hydroxide at its plant in Gwangyang, South Jeolla on Monday.

Lithium can be extracted naturally from saltwater and minerals, but as Posco has had trouble securing the raw materials it is currently mainly using used batteries.

In February the company managed to ink a long-term deal to buy up to 240,000 metric tons of lithium minerals per year from Australian miner Pilbara Minerals in exchange for a 4.75 percent stake in Pilbara for $62.49 million and the same amount in convertible bonds. Posco said in statement that it will start producing a total of 30,000 metric tons of lithium products per year from 2020 using both used batteries and minerals.

The Korean steelmaker plans to set up a separate facility to extract the soft silvery-white alkali from minerals within the year, with production to begin in 2020, although it didn’t reveal where the plant will be built.

Posco is constantly in the marker for saltwater, the most efficient way to extract lithium. The company is currently targeting saltwater in Argentina.

In Korea, battery makers like LG Chem and Samsung SDI currently depend on imports for their lithium supplies. Posco hopes to soon be able to offer them a stable domestic supply.

“With the effort put into developing lithium extracting technologies during the last eight years, we have come close to commercial mass production of lithium material,” said Posco CEO Kwon Oh-joon.