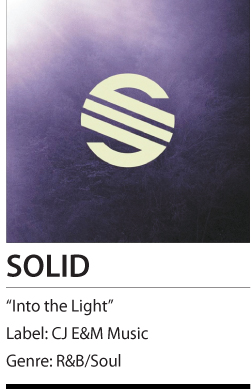 After 21 years, R&B trio Solid has returned to the spotlight with the release of their self-created album “Into the Light” on March 22.

The trio is an iconic R&B group that was formed in 1993 with members Chong Jae-yoon, Lee Joon and Kim Jo-han. The group are credited as Korea’s first proper R&B group, introducing the country to the genre with their debut album “Give Me a Chance.” They held onto the limelight for four years until the members decided to disband the group and go their separate ways.

Now the R&B crew is back with “Into the Light,” and their title track is a hot number that is receiving positive feedback from not only old fans but also new young listeners that are being introduced to their music for the first time.

The group has proven that, despite their long hiatus, their music is still as hip and classy as ever.

The legendary trio’s new album aims to give hope to people who feel like they are in darkness due to the fear and hardships of reality.