Choi Ji-woo’s husband works in IT

Choi Ji-woo’s husband works in IT 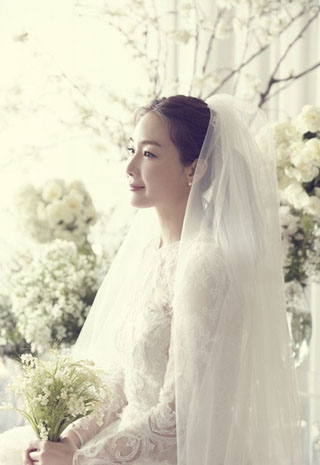 The spouse of actress Choi Ji-woo is an IT company worker in his 30s, entertainment industry sources said Tuesday.

Fans remained curious about the groom after the 43-year-old star had a surprise wedding at an undisclosed place on Thursday. Little is known about the groom except that “he is an office worker with whom she dated for about a year” as informed by her agency, YG Entertainment.

“The groom is a tall and handsome man who is younger than the bride,” an industry source said.

As she made a surprise wedding announcement on her fan page that day, Choi also sought understanding from fans for not having informed them of the news earlier as the groom is “not a public figure” and she wanted to protect his and his family’s privacy.

The wedding took place at a small studio of a hotel in southeastern Seoul with only direct family members and close friends of the couple attending, according to the sources. She didn’t informed her acquaintances in the industry and celebrity friends of her wedding plan, they said.

“I became aware of the marriage only from newspapers and was so surprised,” an actor close to Choi said. “I understand she didn’t say anything because she wanted to have a quiet wedding.”

She began her honeymoon two days after the wedding, according to the agency.

Choi made her debut in 1994 on a MBC drama and rose to stardom while appearing on KBS 2TV’s “Winter Sonata” in 2002 with actor Bae Yong-joon. Most recently, she appeared on the tvN’s series “The Most Beautiful Goodbye” last year.