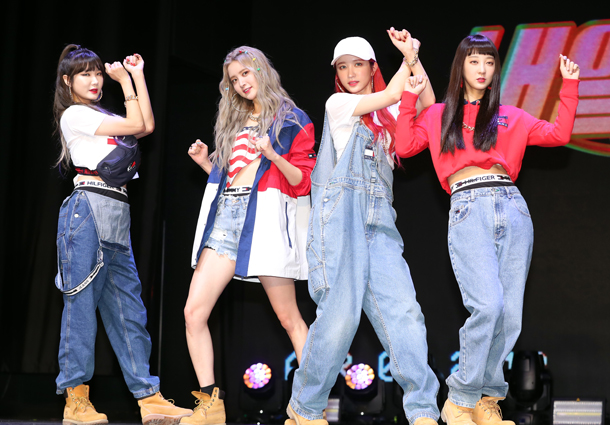 Girl group EXID released a new track titled “Lady” on Monday, and since its release, the song has topped several music charts including Bugs Music, Soribada and YinYueTai, a major music chart in China.

The group’s new song is heavily influenced by new jack swing, a genre that was popular in the 1990s.

“Lady” is about a woman telling her boyfriend, “[If you want to break up], do it tomorrow.”

The girls released a teaser for their “Lady” music video on March 28 on YouTube and the video hit one million views in a few hours.