Mini tries to branch out beyond quirky compacts

Mini tries to branch out beyond quirky compacts 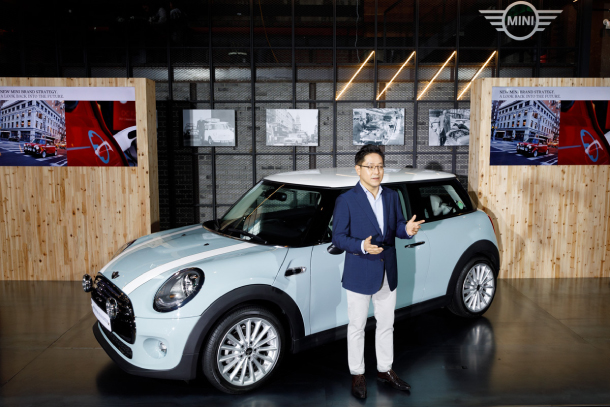 Cho In-chul, director of brand management and sales at Mini Korea, speaks at a press conference in a cafe in Seongsu-dong, northern Seoul on Tuesday. [MINI KOREA]

Mini, BMW’s purveyor of microcars famous for their go-kart handling, is trying to broaden its identity to keep ahead of changing trends in the auto industry.

The company is expanding from cars to fashion and lifestyle products through partnerships with other brands.

“Mini is striving to become a brand that influences diverse aspects of urban living, including transportation and culture,” said Cho In-chul, the director of brand management and sales at Mini Korea. “In order to do this, we are planning to communicate with various groups and figures that represent and lead the spirit of contemporary times.”

“We are going to help these start-ups bring their ideas into reality for the next year,” Cho said.

In line with Mini’s push to improve urban living, it will bring its first fully electric car to Korea in 2020. It is a mass-produced version of an electric concept car the company unveiled at last year’s Frankfurt motor show.

“Electric cars are, in fact, very convenient especially in urban environments,” Cho said. “In that sense, I believe that Mini vehicles are quite suitable for electric powertrains.”

To more effectively market its new brand identity, Mini will continue to invest in its online lifestyle platform Dominick. It features a web magazine that covers travel, architecture and fashion, as well an automobile e-commerce platform.

“We don’t have plans yet to sell other models on the Dominick platform yet. We are experimenting in e-commerce with cars at the moment, and the response from the Korean market has so far been positive,” Cho said.