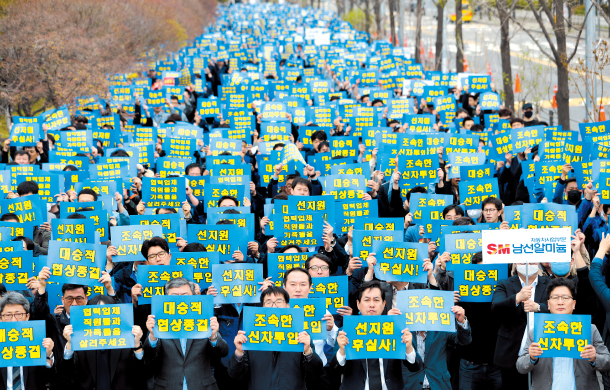 A group of 300 local component suppliers for GM Korea protest in front of the headquarters of the Korea Development Bank, the carmaker’s main creditor, in western Seoul on Tuesday. The suppliers demanded the government conclude a turnaround plan for the troubled automaker as soon as possible. [YONHAP]