Suwon just clings on to AFC spot while Jeju crashes out

Suwon just clings on to AFC spot while Jeju crashes out 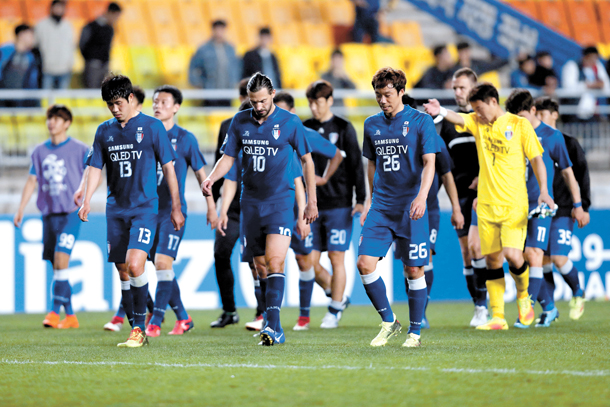 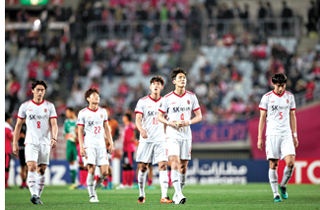 Sydney’s Adrian Mierzejewski scored one and set up another to beat the hosts at Suwon World Cup Stadium in Suwon. For Sydney, this was their first win in this year’s AFC Champions League (ACL).

Despite the latest result, Suwon remains in second place in Group H standings on seven points with two wins, one draw and two losses. A win over Sydney would have secured Suwon a round of 16 berth, but Seo Jung-won’s side now has to find their fate on April 17, when they visit the Kashima Antlers to wrap up their group stage campaign.

Suwon must beat Kashima to confirm their knockout stage presence on their own. A draw or a loss means Suwon’s fate will depend on Shanghai Shenhua’s performance against Sydney FC.

The ACL features 32 teams divided into eight groups of four. The top two teams from each group advance to the knockout stage, where they play two matches in each round, one at home and one away.

Suwon allowed the opening goal to Sydney’s Milos Ninkovic in the 23rd minute, but Montenegrin striker Dejan Damjanovic leveled the score a minute later. Damjanovic fired a right-footed shot after a pass from Yeom Ki-hun.

The Australian visitors, however, went ahead in the 31st, when Alex Brosque met Adrian Mierzejewski’s cross to beat Suwon goalkeeper Shin Hwa-yong.

Sydney further punished Suwon in the 79th minute. Mierzejewski fired a left-footed shot following a pass from David Carney and made the score 3-1. Sydney then pulled off their fourth goal of the night in the 91st, when Bobo’s right footed found the net.

Earlier in the day, another Korean football club, Jeju United, were eliminated from the ACL group stage following their 2-1 loss to Cerezo Osaka. Jeju, last year’s K League 1 runners-up, suffered a painful defeat at Osaka Nagai Stadium in Osaka, Japan, surrendering two goals to the hosts in the first half.

With the latest result, Jeju remained at the bottom in Group G, with one win and four losses. Jo Sung-hwan’s side has one match remaining, but Jeju will not advance to the round of 16 regardless of their clash with Buriram United on April 17.

Jeju gave up the opening goal to Osaka in the 16th minute. Eiichi Katayama fired a left-footed volley off an Atomu Tanaka corner that left Jeju goalkeeper Lee Chang-geun helpless.

Osaka, led by Korean head coach Yoon Jung-hwan, doubled their lead in the 34th after Yoichiro Kakitani slotted home a pass from Kazuya Yamamura from the close range.

Jeju’s Jin Seong-uk cut the deficit to one in the 92nd minute after he found the net with a header off a Chung Woon cross. Jeju were given four minutes of stoppage time in the second half, but failed to level the score.

This was Jeju’s third appearance in the premier club football tournament. Last year, they were the only Korean club to reach the round of 16.

Two other Korean clubs - Ulsan Hyundai FC and Jeonbuk Hyundai Motors FC - were due to play their group matches on Wednesday night.