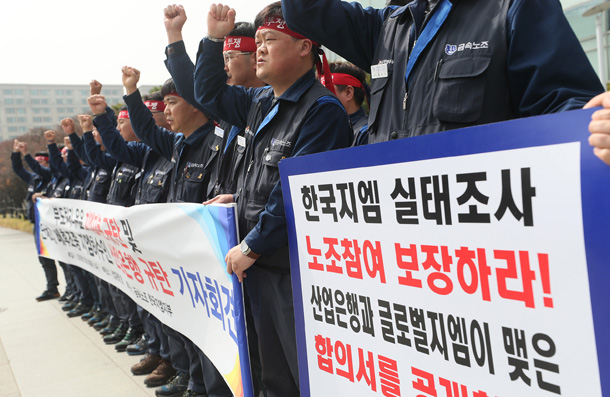 GM Korea, which was in charge of shipping Chevrolet models to Europe, suffered a plunge of 150,000 units in its exports in 2014 when GM pulled the brand out of the European market. Its overseas shipments have been skidding ever since. Domestic sales also began to fall sharply last year. Regardless of growing losses, average salaries of GM Korea workers rose 8.3 percent in 2014, 7.4 percent in 2015 and 2.1 percent in 2016. The number of workers on the payroll didn’t change.

Average pay per worker shot up to 87 million won ($81,780) from 79 million won in 2014, and the cost of labor grew to 11.5 percent of the company’s sales. Workers who roll out low-value vehicles were being paid much more than their peers in advanced countries making more costly cars.

Moreover, each GM worker is compensated with 30 million won worth of welfare benefits. The carmaker hardly has a reason to keep the Korean operation going from the management’s perspective. Excessive salaries demanded by unionized workers bode badly for the overall competitiveness of the automobile industry.

Renault Samsung, which also turns out small sedans, maintains its competitiveness with a labor force one fourth the size of GM Korea’s and with annual salaries 20 million won less than GM Korea’s.

In America, GM bargains on wages every four years and has greater freedom in management decisions such as layoffs, shift arrangements, employment of temporary workers and use of overtime. But GM Korea has to negotiate wages and labor terms every year and risk strikes if demands are not met. Since labor flexibility is regulated by local laws, Korea is one of the worst places for GM to do businesses among its global networks.

Automobile companies in other countries have become cooperative with employers and employees compromising on wages. Any business would prefer a benign environment in which stable and cooperative labor relations are guaranteed. But Korean automobile workers stayed persistently hard-line for 30 years. Even as the company is teetering on the brink of bankruptcy, the union blames management and the government.

The fundamental solution to GM Korea is fixing the high labor cost, low-productivity structure and establishing cooperative labor relations to hone competitiveness. To save a seriously-ill patient, surgery and strong medication are often necessary. GM Korea could benchmark Renault Samsung’s wage level of 67 million won and move to quadrennial wage bargaining as in GM’s U.S. operations.

Without some sharing of the pain from the union, competitiveness cannot be ensured. Even if its business is saved by government aid, an unproductive, high-cost business cannot last. As soon as the aid runs out, GM could pack up as it did in Australia. Instead of its own interests, the union must consider the suffering regional economy, the company’s suppliers and young people fighting for jobs. The clock is ticking. It cannot waste time wrestling over terms the company cannot accept. The union must defuse the bomb it created.

*The author is the president of the Korea Automobile Manufacturers Association.