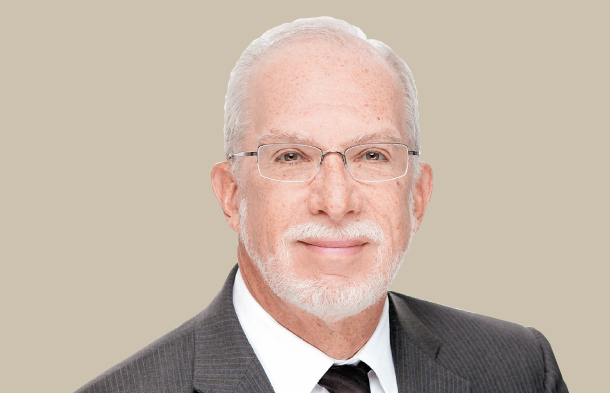 The JoongAng Ilbo conducted a series of interviews with international affairs experts who weighed in on the proposed summit between the leaders of North Korea and the United States -- which could determine the future of the Korean Peninsula.


East Asia expert and former American diplomat Evans Revere expressed skepticism over whether North Korean leader Kim Jong-un is prepared to give up his nuclear program ahead of a planned summit with U.S. President Donald Trump.

The JoongAng Ilbo conducted an email interview with Revere, a nonresident senior fellow at the Brookings Institute’s Center for East Asia Policy Studies, last month, in which he pointed out, “Kim Jong-un is not prepared to give up his nuclear program just because Donald Trump asks him to.”

A seasoned diplomat of some 35 years, Revere, served as an acting assistant secretary of state of East Asian and Pacific Affairs for the George W. Bush administration and has extensive experience negotiating with North Korea. He has kept up contact with North Korean diplomats such as Foreign Minister Ri Yong-ho and Choe Son-hui through unofficial meetings.

Revere is particularly known for his role in the adoption of the “Perry process,” a proposal to freeze North Korea’s missile development while paving the way to normalization of relations between Pyongyang and Washington, produced in 1999 by William Perry, the former U.S. secretary of defense for Clinton.

A summit between Clinton and then-North Korean leader Kim Jong-il to discuss a halt of the development of the North’s nuclear program was in the works in 2000, but did not come about.

In January, Revere released a report, “Endgame: A Reflection on U.S. Strategic Choices and the North Korean Threat,” which describes how we may be moving closer to a military conflict on the Korean Peninsula, which could even have a nuclear dimension.

He wrote a piece for Brookings Institute on March 9, “A U.S.-North Korea summit: What could possibly go wrong?” after President Donald Trump agreed to Kim Jong-un’s offer of a summit. Revere warned that Trump runs the risks of “falling into the trap” that President Bill Clinton avoided in 2000.

Revere has suggested that Kim Jong-un may be hoping to create a “Neville Chamberlain moment” by offering Trump a freeze of the North’s nuclear testing program that the U.S. president could then point to as a triumph of the summit.

Neville Chamberlain, the former British prime minister, is known for weakness and appeasement in foreign policy after signing the Munich Agreement in 1938 which allowed Adolf Hitler to annex border areas of Czechoslovakia. But Hitler later invaded Poland and the United Kingdom declared war on Germany in September 1939.

Revere warned that such a freeze could still leave a nuclear threat to the American homeland, bases and allies and allow Pyongyang to continue to produce fissile material for nuclear weapons.

He added that no previous U.S. administration has been prepared to accept such a deal.

Revere also previously served as a deputy chief of mission and charge d’affaires of the U.S. Embassy in Seoul.

Revere graduated with honors from Princeton University with a degree in East Asian Studies. He is a veteran of the U.S. Air Force and a member of the Council on Foreign Relations.

Q. Why are you not very optimistic about a U.S.-North Korea summit?

A. If the best that President Trump can hope for coming out of a summit is to create a “good atmosphere” for diplomats, there is no need for a presidential summit to do that. The two sides already agreed to high-level, unconditional dialogue around the time of the Olympics. The next step should be engagement between very senior envoys to explore and discuss positions. A presidential summit is risky, dangerous, and not appropriate at this moment.

But President Trump must have agreed to a summit with the North because Kim has signaled willingness to denuclearize.

I think the U.S. and the ROK [standing for the Republic of Korea, South Korea’s official name], especially the latter, need to reconsider and reflect on the rhetoric being used, including the talk about North Korean “commitment” to “denuclearization” and about Kim Jong-un having “given his word.” Unless there has been a miraculous transformation of Kim’s thinking, his world view, and his preferred mechanism for defending the DPRK [standing for the Democratic People’s Republic of Korea, North Korea’s official name], he is not considering denuclearization. The two countries need to lower their expectations and reconnect with the reality of North Korea’s ambitions. Once they do that, they should consider whether it makes sense to proceed with a summit, or whether they should instead consider pursuing exploratory, high-level dialogue aimed at understanding the North’s true intentions before any summit takes place.

Why is it difficult to trust Kim’s sincerity?

North Korean intentions are laid out clearly in Kim Jong-un’s January 1 speech, and they include their determination to remain a nuclear weapons power. Unless Pyongyang has had a radical change of heart, and the remarks to Ambassador Chung suggest they have not, that remains the plan. Nonetheless, Pyongyang is clearly interested in having a conversation with the United States, and I think there is value in having a conversation with the DPRK ? at a very senior level ? in order to clarify their position, and to convey that of the United States.

While I am deeply skeptical, there is always a chance that there might be some common ground. Meanwhile, a cessation of nuclear and missile tests is not a bad thing, but we should not be under the illusion that this means that the North Korean missile and nuclear programs will have stopped. The North can continue to produce fissile material, build nuclear weapons, build missiles, and conduct non-kinetic testing of weapons and missiles even while such a moratorium on testing is in place.

How is there a difference in the meaning of denuclearization?

Apparently what the North Koreans did was to repeat to [Chung] their well-known position calling for the “denuclearization of the whole Korean Peninsula.” That is a time-worn phrase that the North Koreans use frequently. We once asked a senior North Korean official what it meant. He said it means the removal of the “threat” of nuclear war from the Korean Peninsula. When we asked him to define the “threat,” he said it meant the existence of the U.S.-ROK alliance, the presence of U.S. troops on the Korean Peninsula, and the existence of the U.S. nuclear umbrella that defends the ROK and Japan. “Remove those things,” he said, and the DPRK will feel “secure” and at that point, some years from now, the DPRK will “consider” denuclearization. I don’t think any more has to be said about this, other than it is absolutely unacceptable to the United States, and ought to be unacceptable to the ROK.

Then what is Kim’s real intention in proposing a summit with the United States?

I believe Kim’s goal at the summit is either to secure a U.S. “understanding” of the DPRK’s nuclear program or, failing that, to begin a dialogue process with the United States that would last for years, allowing North Korea to continue to develop and expand its nuclear weapons and missile programs, perhaps under the guise of an unmonitored “freeze.” As I have argued, such a deal would be tantamount to accepting North Korea’s nuclear program for the foreseeable future, and it would leave the nuclear threat in place.

What do you think is a strategy for North Korean denuclearization?

I wrote recently that we are entering the “end game” on the North Korea nuclear issue. I said the United States now had three options to deal with the DPRK’s nuclear threat: one, military action; two, acceptance of a nuclear-armed North Korea by means of an agreement to “freeze” or “cap” its arsenal to minimize the threat to the United States; and three, the use of massive, unprecedented, and globally coordinated pressure to compel Pyongyang to change course and negotiate denuclearization. I strongly criticized the first two options and argued that option three was best.

By convincing President Trump to meet with the North Korean leader and creating the impression that the North is prepared to negotiate denuclearization, even though Kim Jong-un has made no such commitment, South Korea has made options one and two much more likely, and set the stage for the hollowing out of the sanctions and other measures that could lead to a true resolution of the nuclear issue by the third option.

Then what will happen is the U.S.-North summit fails?

The ROK government has sought to convince the U.S. president that the North Korean leader is sincere in committing himself to denuclearization. President Trump has evidently opted to accept these South Korean arguments. If, as seems clear to almost very Korea expert I know, Kim is not interested in denuclearization, then it is possible the summit will fail, and that President Trump will feel humiliated and embarrassed that he agreed to talk to Kim. If all options are put back on the table at that point, the ROK government will need to soberly reflect about whether it should have pushed so hard for a summit in the first place.