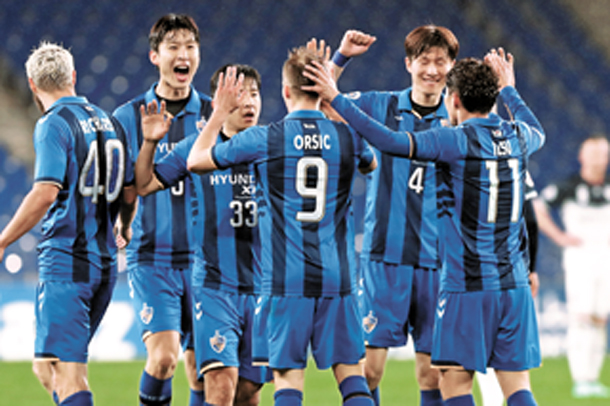 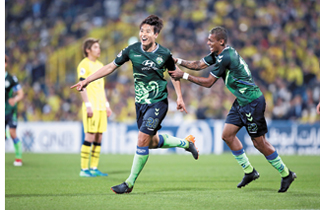 Ulsan confirmed their round of 16 presence by beating Melbourne Victory 6-2, while Jeonbuk earned the pass following their 2-0 win over Kashiwa Reysol.

At Munsu Football Stadium in Ulsan, Junior Negrao and Mislav Orsic each scored for the hosts to defeat their Australian opponents.

The latest win took Ulsan to eight points on two wins, two draws and one loss in Group F. Regardless of their last group stage match against Kawasaki Frontale on April 18, Ulsan have secured at least second place in Group F and will advance to the AFC Champions League (ACL) round of 16. China’s Shanghai SIPG guaranteed a knockout stage spot earlier.

The ACL features 32 teams, divided into eight groups of four. The top two teams from each group advance to the knockout stage, where each round is played over two legs, one at home and one away.

Ulsan, the 2017 Korea Football Association Cup winners, were up 3-0 in the first half. Junior first opened the scoring in the 12th minute, and Lim Jong-eun and Orsic found the net in the 20th and 38th, respectively. Kim Do-hoon’s side continued its goal parade in the second half with Kim Seung-jun’s right-footed strike in the 55th and Junior’s header in the 67th.

Melbourne, however, scored two goals in a two-minute span to cut the deficit to three. Kenny Athiu fired a right-footed strike in the 72nd to score his side’s first goal and Kosta Barbarouses added another goal for Melbourne in the 74th.

Ulsan, quashed the rally right away, when Orsic scored his second goal of the night in the 75th minute.

Ulsan will make their first ACL round of 16 appearance since 2012, when they went on to win their first continental club football title.

At Hitachi Kashiwa Stadium in Kashiwa, Japan, Jeonbuk earned a precious away victory, thanks to goals from Ricardo Lopes and Lee Dong-gook.

The latest victory assured Jeonbuk’s passage from Group E. The reigning K League 1 champions now have 12 points from four wins and one loss, and regardless of their last match against Hong Kong outfit Kitchee SC on April 18, they will enter the round of 16.

Jeonbuk, the 2016 ACL winners, scored the opening goal against Kashiwa Reysol in the 16th minute. Lopes saw his right-footed strike hit the post, but the Brazilian found the net with a follow-up attempt. Choi Kang-hee’s side then made it 2-0 when Lee’s left-footed effort beat Kashiwa goalkeeper Kazushige Kirihata in the 77th.

Over the weekend, the four clubs will put aside the AFC Champions league matches and return to the domestic league. Ulsan will look to continue their momentum in the AFC to bag their first win of the season in the K league, against Gangwon FC at home on Sunday. Jeonbuk will play against the Pohang Steelers on Sunday, hoping to move up to the top of the standing.

Suwon Samsung Bluewings still has a shot of advancing to the round of 16 in the AFC Champions League depending on the result next week, facing FC Seoul at home. This will be Dejan Damjanovic’s first match up against Seoul, his former club, since he joined Suwon in January.