The story of a woman unafraid to be herself

The story of a woman unafraid to be herself 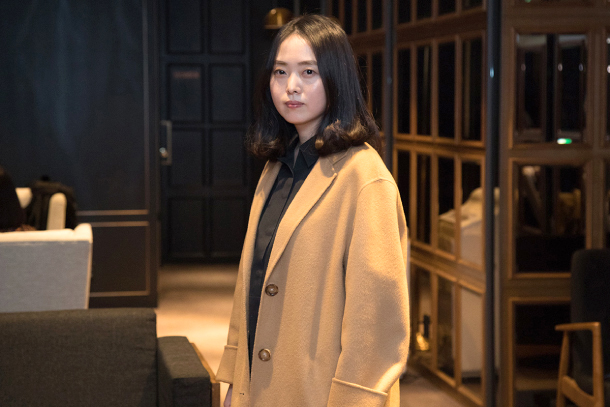 Director Jeon Go-woon says she is satisfied with the box office performance of her debut feature “Microhabitat.” As of Wednesday, the film has sold a total of 46,000 tickets in two weeks. [CGV ARTHOUSE]

Unfortunately, seeing a female protagonist lead an entire movie is still a rare sight in the 21st century. But what really makes “Microhabitat” more distinct from other films is that the main character is homeless and falls far outside of society’s beauty ideals.

Perhaps due to the uniqueness of the main character, “Microhabitat” has managed to attract a surprisingly large audience to theaters during a relatively quiet box office season. In the two weeks since the film’s release, the down-to-earth fantasy drama has sold 46,000 tickets, as of Wednesday.

“For small, independent films, it’s not easy to surpass the 20,000-ticket-sales mark. So I think surpassing 40,000 admissions amid fierce competition from Oscar-nominated releases is quite satisfying,” said director Jeon Go-woon about her debut feature during an interview with the Korea JoongAng Daily in central Seoul on Wednesday.

Mi-so (Esom) from “Microhabitat” is an impoverished thirty-something-year-old woman who is willing to give up basic necessities for the sake of keeping the three things she likes: cigarettes, whiskey and her boyfriend Han-byeol (Ahn Jae-hong), an aspiring online comic artist who hasn’t found much success. The couple’s dire financial situation is comically highlighted in the beginning of the film, when the two are forced to wait until spring to have sex because Mi-so can’t afford to heat her room and Han-byeol lives in a factory dorm.

A former musician, Mi-so now makes ends meet by working as a housekeeper. But following the rise of rent fees and cigarette prices, she decides to leave her room and jump around to the homes of former bandmates. Although penniless, Mi-so is kind enough to at least purchase a carton of eggs before visiting her friends. But that doesn’t keep her from being secretly criticized by some of her friends, who question why she lives her life in poverty and maintains her taste for luxuries like cigarettes and whiskey that she can barely afford. Despite how others view her, Mi-so doesn’t compromise. 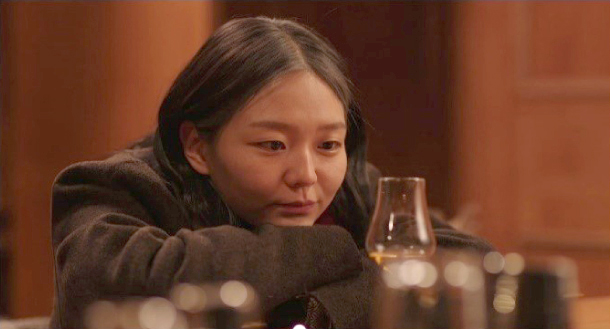 “Microhabitat” is about a homeless woman who enjoys cigarettes and whiskey and is not willing to give up on her luxurious tastes despite her financial struggles. [CGV ARTHOUSE]

“Mi-so is my fantasy. From the beginning, I didn’t think she was a realistic person,” said the filmmaker. “So it was a matter of how to make audiences fall for this character. Luckily, she suffers from poverty, which I believe plays a crucial role for viewers to be more empathetic to the character.”

In Korean, the film is titled “A Little Princess” because the director believes Mi-so is the modern version of the main character from the 1905 Frances Hodgson Burnett novel. According to Jeon, Mi-so and Sara from the classic book bear similarities in that they both suffer from financial difficulty and have the ability to sympathize with others. At the same time, however, the director also aimed for creating irony with the two characters’ looks. “Unlike [Sara] from the novel, who is depicted like a princess, Mi-so is the complete opposite,” wearing thick layers of shirts and baggy jeans as if they are part of her identity.

As cool as Mi-so’s life may seem, the character is the reflection of what Jeon couldn’t dare do when she was struggling.

“When I was going through tough times while writing [scripts], there were many things I couldn’t buy due to rising rent costs. So I wanted to see someone who could make different choices when put into the same box,” said Jeon.

“But at the same time, I wanted to alleviate the widespread prejudice against women who smoke and love alcohol. Although Mi-so smokes and drinks, she is neither wild nor violent, which is how society usually perceives female smokers and drinkers.”

When asked whether Mi-so’s job as a housekeeper and her habit of preparing meals for friends before leaving their houses in fact strengthen stereotypes of women’s roles, Jeon said, “Even if it were a male protagonist, I still would have depicted him as a housekeeper who prepares warm meals for his friends because that is the least the character can do for their friends. Instead of approaching Mi-so as a woman, I approached her as a person.”

Although some of Mi-so’s friends, who have conformed to what society demands of them, secretly find her pathetic, they also have their own issues. Jeong-mi, who married into a rich family, suffers from a dictatorial husband while Dae-yong is about to divorce his wife after she found out about the loan payments they would need to pay after signing a new apartment contract.

“I think I [indirectly] borrowed these ideas from the stories I heard from my friends or what they told me from their friends. But instead of directly describing what I heard, I pushed the situations to the extreme,” said Jeon.

The film also includes a message, that is best represented by the woman Mi-so works for.

“I included a woman in the prostitution business because society has such a negative view towards those women. Housekeepers aren’t free from such unfavorable views either. I don’t understand why some people view others with these perspectives or even discriminate them [based on their work]. I added the woman in the prostitution business because she is in fact one of the few people who sees Mi-so as who she is without any bias. Mi-so does the same to the woman, and therefore, the two are able to comfort each other.”