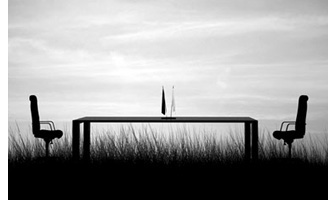 Ambushes stun because they happen to the unsuspecting. The German invasion of the Soviet Union and the Japanese attack on Pearl Harbor in Hawaii are famous examples. North Korea invaded the South in the wee hours of Sunday, June 25, 1950. A surprise attack can secures the upper ground in battles, but North Korea likes to employ its favorite military tactic during peacetime as well.

Kim Yong-chol is a military general who commanded North Korea’s intelligence operation for nearly three decades. The 72-year-old hard-liner has become a regular on the inter-Korean scenes these days. His official title is vice chair of the ruling Central Committee of the Workers’ Party and director of the United Front Department. He likes to surprise people. He has a haughty air. He appeared stiff-necked when he first presented himself during a visit to Seoul in 1990.

Most of the delegates from North Korea led by Prime Minister Yon Hyong-muk in 1990 were gentle. “The young army general Kim Yong-chol was different. He said nothing and just held out his hand in a swaggering manner,” according to the memoir of Lim Dong-won, a former spy agency chief who spearheaded the Sunshine détente under President Kim Dae-jung.

Kim Yong-chol also showed up at a joint concert of South Korean and North Korean performers in Pyongyang on Tuesday. He was seated next to South Korean Culture Minister Do Jong-whan. Lee Seon-kwon, head of the North Korean Committee for the Peaceful Reunification, was also seen in the same photograph. The two are infamous military hard-liners. They are often fielded as Kim Jong-un’s negotiators. In his father Kim Jong-il’s times, party secretaries Kim Yong-soon and Kim Yang-gon led talks with the South.

Kim Yong-chol sarcastically introduced himself to South Korean reporters, saying, “I am Kim Yong-chol, who is considered the mastermind of the sinking of the Cheonan warship in the South.”

The Blue House declined to comment on Kim’s mention of the Cheonan. The Defense Ministry was more elaborate. Its spokesman said it was “inappropriate to comment officially on Kim Yong-chol’s remark. Exactly who and what institution is responsible for the Cheonan attack had not been identified.” Everyone in Seoul seems to be evasive.

While North Korean military officials are highflying in dialogue scenes with the South, their South Korean counterparts are mysteriously low-key. South Korean Defense Minister Song Young-moo’s position in the inner power circle is relatively weak. That may explain the ambiguity in the military’s language. But it would have been better to say nothing instead of giving away defensive and weak connotations.

An army moves on command. The chief command is the president. The Constitution gives the president complete command over the army. The commander’s orders must be meticulous and august as it reigns over legitimately armed forces. The military stakes individuality for the defense of the nation. The defense minister assists the chief commander, who in return protects the military. He must fend off any political influence in the military. It is how the command integrity is upheld. It has been a longstanding tradition of states serving the people.

The Kaedong industrial park project was initiated by the Kim Dae-jung government in the South. The North Korean military was not pleased as the location was a military strategic site. During summit talks with South Korean President Roh Moo-hyun in October 2007, North Korean leader Kim Jong-il mentioned that the North made great military concessions in yielding the Kaesong site as a “peace symbol.”

He turned down Roh’s proposal for another industrial joint-venture in Haeju, a coastal city in southwestern North Korea, citing disapproval from the military. The dictator has absolute power over the military. But he nevertheless implied his dissatisfaction with the military in a subtle yet clever way. He gave himself credit for an achievement and yet upheld the dignity of his military. Kim knew how to command.

History also can come in an ambush. It can overwhelm common sense and belief. The fall of the Berlin Wall was out of the blue. President Moon Jae-in’s maneuvering in stealing back the steering wheel of Korean affairs was also stunning.

Developments on the Korean Peninsula have entered uncharted waters. The inter-Korean summit on April 27 could have enormous consequences leading up to the historical meeting between the leaders of the United States and North Korea the following month. The scene of a rendezvous with Kim Jong-un and Chinese President Xi Jinping also delivered another dramatic turn. Xi has renewed his patronage to North Korea. Kim’s ambition acted as a game-changer in the affairs of the Korean Peninsula.

Denuclearizing North Korea would require the highest-level of brinkmanship. The game requires extraordinary turmoil, fatigue, and patience. Moon emphasizes the balance of peace and security. He argues dialogue is necessary to ensure denuclearization. At the same time he stressed the need to accelerate the South’s capabilities to effectively counter North Korean nuclear and missile threats.

All first-rate powers have balanced diplomacy and defense. The Moon Jae-in government also must have such a balance to raise competitiveness in denuclearization talks. Negotiating skill comes from control and a mix of hawks and doves. The military should be responsible for the hard-line role. Flexibility can come naturally. It is the only way to ensure Seoul’s hands are tight on the steering wheel.

The author is a senior columnist of the JoongAng Ilbo.