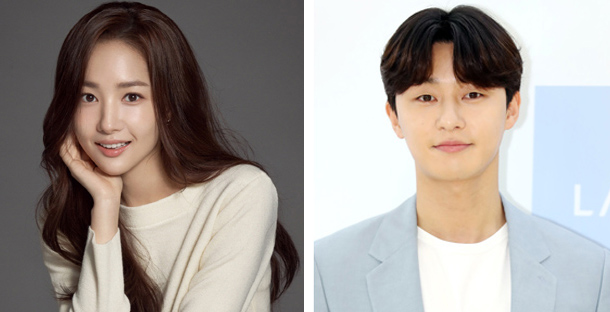 Actors Park Min-young, left, and Park Seo-jun will star in the new tvN series, literally translated as “What’s wrong with Secretary,” which is based on a web comic series of the same name.

This romantic comedy drama revolves around characters Lee Young-joon (Park Seo-jun), the narcissistic vice-president of a large corporation, and his secretary Kim Mi-so (Park Min-young), who decides to quit her job after working under Lee for nine years.

The tvN drama is expected to premiere in June.