Public may lose their heads over Kyochon fee

Public may lose their heads over Kyochon fee 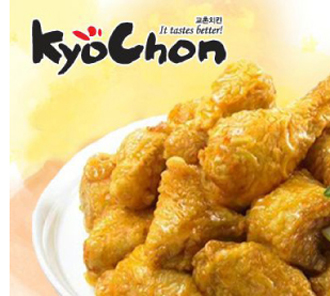 If anything can prompt fierce boycotts and online rage among Koreans, it’s a beloved fried chicken chain raising its prices.

Kyochon, Korea’s leading fried chicken franchise, is bracing for backlash after it announced Friday that it will tack on a 2,000 won ($1.88) charge to all of its delivery orders, citing rising labor and operating costs.

The company is in the process of receiving approval from its franchise operators nationwide before it can change the pricing policy. The fee will only be applied to delivery orders, and sit-down and takeout prices will remain the same.

“The policy change was based on the judgment that rising delivery service costs was the main factor hurting franchisee’s profitability,” Kyochon said in a statement, adding that a shortage of delivery drivers and rising costs from delivery service operators were cited as major burdens by franchise owners.

Adding to the problem is the 16.4 percent increase in the minimum wage to 7,530 won an hour that went into effect this year. It is the largest increase in 17 years.

“Problems with labor costs will be an ongoing issue,” said a Kyochon spokesman. “We decided that imposing fees for delivery is a realistic way to offer support for franchisees, not only now but in the future as well.”

President Moon Jae-in has pledged to gradually raise the minimum wage to 10,000 won by 2020.

Other chicken franchise brands, including BBQ, said that they don’t have plans to introduce delivery fees. But signs that chicken franchise owners are suffering from higher operating costs have recently surfaced. Some branches have been spotted independently hiking product prices or charging for soda and pickled radish, which were long offered for free with chicken orders.

As fried chicken is one of the most popular foods in Korea, price hikes from headquarters are frequently attacked by the public, and boycott movements and furious online comments are common.

Last year, the government even stepped in to stop BBQ and Kyochon from raising their prices, eventually convincing the industry’s top two franchises to suspend their plans.

On top of ingredients, rents and employee costs, chicken operators have had a new expense crop up in the last few years - delivery apps and agencies.

In the past, franchises hired their own delivery drivers. But recently, more drivers have signed on to delivery agencies that could pay them higher wages. Incapable of offering the same wage as the agencies, franchise owners were left with no choice but to use the agencies, which charge an additional service fee.

These two factors combined added additional costs of around 4,000 won per chicken, while the product prices of most franchise brands remained the same for more than five years.

“Unlike delivered tteokbokki [spicy rice cakes], a more recent type of delivery food, the public still has memories of receiving side dishes and beverages for free alongside delivery chicken or jajangmyeon [black bean noodles] so I think it’s hard for them to accept product price hikes or seeing those small items charged for,” said an industry source.

Domino’s Pizza announced Friday that it will raise pizza prices by 500 won and 1,000 won, according to their size. It cited the “constant rise in ingredients, rent and labor costs” as the reason for the decision. Cinema chain CGV said it will increase its ticket prices by 1,000 won starting this Wednesday due to the “rise in investment and costs for theater maintenance and higher rent.” Lotte Cinema and Megabox are reportedly considering following suit.