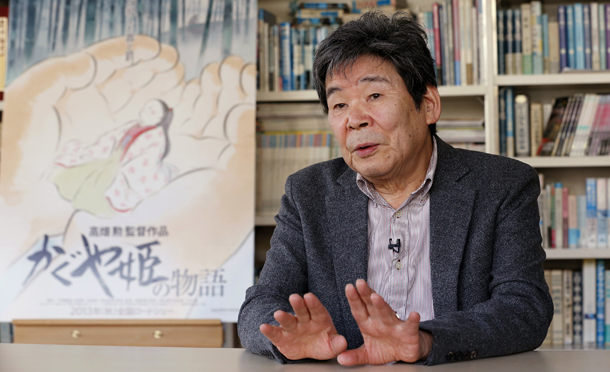 Isao Takahata, co-founder of the prestigious Japanese animator Studio Ghibli that stuck to a hand-drawn “manga” look in the face of digital filmmaking, has died. He was 82.

Takahata started Ghibli with Oscar-winning animator Hayao Miyazaki in 1985, hoping to create Japan’s Disney. He directed “Grave of the Fireflies,” a tragic tale about wartime childhood, and produced some of the studio’s films, including Miyazaki’s 1984 “Nausicaa of the Valley of the Wind,” which tells the horror of environmental disaster through a story about a princess.

Takahata died Thursday of lung cancer at a Tokyo hospital, according to a studio statement Friday.

He was fully aware how the floating sumi-e brush sketches of faint pastel in his works stood as a stylistic challenge to Hollywood’s computer-graphics cartoons.

In a 2015 interview with the Associated Press, Takahata talked about how Edo-era woodblock-print artists like Hokusai had the understanding of Western-style perspective and the use of light, but they purposely chose to depict reality with lines, and in a flat way, with minimal shading.

That, he said, was at the heart of Japanese “manga,” or comics.

“It is about the essence that’s behind the drawing,” he said at Ghibli’s picturesque office in suburban Tokyo.

“We want to express reality without an overly realistic depiction, and that’s about appealing to the human imagination.”

In the interview, Takahata confessed to a near love-hate relationship with Miyazaki because their works were so different.

He said he tries not to talk about Miyazaki’s works because he would have to be honest, and then he would end up getting critical, and he didn’t want conflict with an artist he so respected.

His last film, “The Tale of the Princess Kaguya,” based on a Japanese folktale, was nominated for a 2015 Oscar for best animation feature.

He is also known for the 1970s Japanese TV series “Heidi, Girl of the Alps,” based on the book by Swiss author Johanna Spyri.

A native of Mie Prefecture, Takahata was a graduate of the University of Tokyo and initially worked at Toei, one of Japan’s major film and animation studios.

Although he did not win an Oscar, Takahata won many other awards, including those from the Los Angeles Film Critics Association and the Locarno International Film Festival.

All his stories, he said, held the message of urging everyone to live life to their fullest, to be all they can be, not bogged down by petty concerns like money and prestige.

“This earth is a good place, not because there is eternity,” he said.

“All must come to an end in death. But in a cycle, repeated over and over, there will always be those who come after us.”