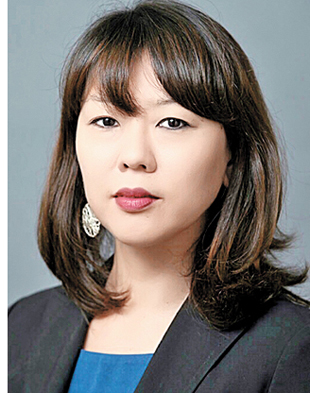 The Blue House rejected accusations that the South Korean government has cut off funding to the U.S.-Korea Institute (USKI) at Johns Hopkins University’s School of Advanced International Studies (SAIS) after the school failed to replace its director and assistant director.

The Korean government was said to have notified the school last Wednesday that starting from June it would cut off its annual funding for USKI, which had been allocated since its founding in 2006. The reason reportedly was because SAIS did not agree to the Blue House’s request to replace the U.S.-Korea Institute’s conservative director, Jae H. Ku, and its assistant director, Jenny Town.

The institute on Thursday said that a senior official from the Korean Embassy in Washington met with Robert Gallucci, chairman of USKI, the previous day and informed him that the Korean government will halt its financial support of the school, provided through the Korea Institute for International Economic Policy (KIEP), from the end of May. The amount allotted for 2018 was 2 billion won ($1.87 million).

The South Korean official was said to have conveyed the message that starting from June, it will only continue to provide funding for a Korean language program at SAIS, and added that the Korean government and USKI does not have any intention to influence the university’s decision-making authority. This decision, it added, was based on a request by the Korean National Assembly.

Gallucci reportedly rejected such excuses, saying he had received requests from Seoul officials to replace Ku. He is expected to send a complaint to President Moon Jae-in over the matter. Ku told the JoongAng Ilbo on Sunday that he had even proposed a compromise to the KIEP that he step down for a sabbatical year. “At first, KIEP seemed to accept it, and then the Blue House added the condition that Jenny Town, the assistant director, has to step down,” he said.

Town, who also serves as the managing editor and producer of 38 North, a Pyongyang analysis website run by the USKI, wrote in a post on Facebook: “I never expected to be a target of attack by the South Korean [government], especially by a liberal administration that claims to be trying to weed out abuse of power within its ranks. Just goes to show that propaganda is strong on both sides of the DMZ.”

A senior Blue House official rebutted Sunday, “USKI was long overdue for some reform over the past 10 years, and the National Assembly stated that if some agreement is not reached by March 31, then it cannot provide a budget, which was conveyed to the supervisory agency, KIEP.”

Ruling and opposition parties in the National Assembly last August agreed to reform nontransparent programs by March this year.

KIEP in a statement Sunday said, “The cutting off of funding to the USKI is a decision we reached following a notice by SAIS that it cannot accept requests by our National Assembly for reform.” It added that the director had remained in his post for the past 12 years.

The non-profit USKI was established in 2006, led by Don Oberdorfer, a former Washington Post correspondent, and Choo Yong-shik, a professor at the Graduate School of International Studies at Chung-Ang University.