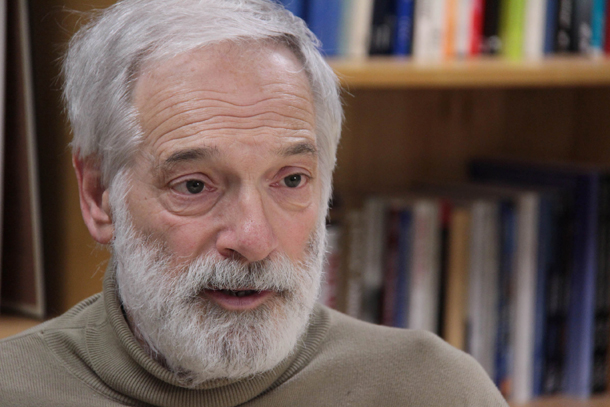 Robert Gallucci, chairman of the U.S.-Korea Institute (USKI) at the Johns Hopkins University School of Advanced International Studies in Washington, says the institute was repeatedly pressured by the Blue House to replace its conservative director. [AP/YONHAP]

A Blue House official has come under fire for allegedly meddling in the appointment of a director of the U.S.-Korea Institute (USKI) at the Johns Hopkins School of Advanced International Studies (SAIS) and stepping in to cut financial support for the nonprofit body devoted to research and policy review in Washington.

The smoking gun was an email from a vice president of the Korea Institute for International Economic Policy (KIEP), which funds the institute. The email, addressed to KIEP’s staff in Washington on Oct. 30, said that Hong Il-pyo, an administrator in the Policy Office of the Blue House, “has taken the matter seriously.”

The Blue House explained that the official now under fire only offered “advice.” The KIEP vice president also denied that Hong had any interest in appointment matters at USKI.

But members of USKI told a different story. USKI Chairman Robert Gallucci accused the Blue House of lying about its apparent interference. He said he had received pressure from Cho Yoon-je, ambassador to Washington, as well as several other government representatives, to remove Jae H. Ku from the director’s post. Gallucci claimed that the pressure came from a particular person in the Blue House. From the circumstantial evidence, that person could be Hong. I tried to contact him, but he did not respond.

If the accusations prove to be true, Hong has violated the Constitution as well as criminal laws on power abuse and coercion through public authority. The Constitution states that people have freedom in academic and artistic pursuit, and it also legally guarantees sovereignty in education, professionalism, political neutrality and the independence of universities. If someone at the Blue House really wielded influence in the appointments of a foreign university that depends on Korean funds, that individual would have seriously undermined freedom in learning and sovereignty in higher education.

Gallucci, a former assistant secretary of state for political-military affairs and ambassador-at-large, is well known as Washington’s point man to negotiate a landmark deal on nuclear with Pyongyang in Geneva in 1994. The veteran Korea specialist was invited by President Moon Jae-in in October to advise on a peaceful resolution to the North Korean nuclear and missile programs.

Gallucci called the situation “bizarre.” He added that he would like to ask Moon about the reasoning behind the move. He may be sarcastically asking why a Blue House employee acted to influence the faculty of a foreign organization.

Hong should think about former President Park Geun-hye, sentenced to 24 years in jail last week. One of her criminal charges was that she tried to drive out an executive in a private corporation and seriously impaired management sovereignty through the abuse of elected title and authority.

Meanwhile, Hong has tried to push a U.S. private think tank director out of office and abused his title in the Blue House to seriously undermine the freedom of learning. In the ruling on Park’s involvement in blacklisting anti-government figures, the bench accused her of tormenting public officials to follow unrighteous orders.

Cho and the KIEP deputy head are known to be rational people. They could not have been pleased to be accomplices to the unfair act of pushing out Ku because he was a conservative and a Republican Party supporter. The onus will one day fall on Hong or his superior.