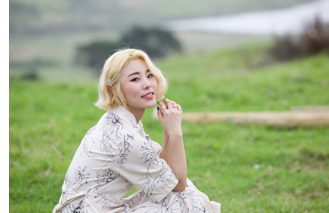 The singer’s agency said, “She has put her heart and soul into the album. [Wheein] has been working hard on this album in the midst of a busy schedule so please give her your attention and support.”

The singer had a solo track titled “Moderato,” on Mamamoo’s fourth EP. She has also performed on soundtracks and collaborated with other artists, making herself known as a talented vocalist.

With her first album, the artist hopes to show listeners her own personality.

Meanwhile, Mamamoo released a special single titled “Maeil Bio,” as a surprise for fans on March 30.

Hip-hop duo Infinite Flow is back with a new single titled “Opening Ceremony” featuring Verbal Jint, MC META and Loco, according to their agency Brand New Music on Monday.

The duo is made up of Nuck and Bizniz, and they made their debut in 2002. They were critically praised for their unique genre of jazz hip-hop, but the duo decided to call it quits and go their separate ways in 2007.

The rappers reunited in 2015 for Brand New Music’s “Hall of Fame” project and released a single called “Been a Long Time.”

The song will be released on Wednesday.