[VIDEO NEWS] Korean cities have a problem with wild boars

[VIDEO NEWS] Korean cities have a problem with wild boars 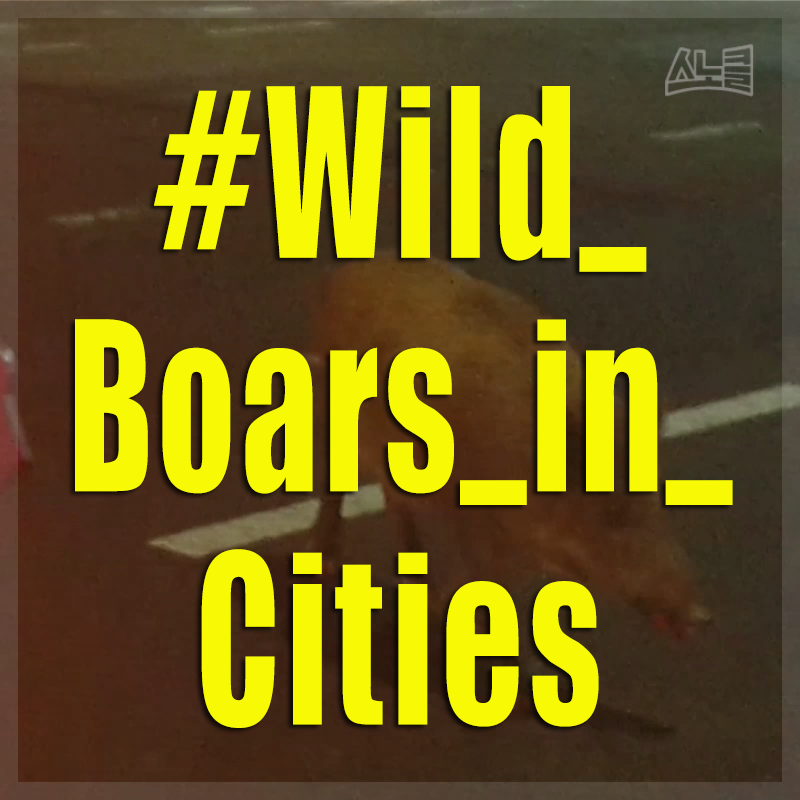 1) At 10:25 p.m. last Tuesday, a pair of wild boars appeared in the middle of Samsan-dong, Bupyeong District, Incheon.

2) These boars, who came down from the mountains in search of food, wandered around downtown where heavy traffic was.

3) While dangerously roaming the roads, one boar was hit by a car and killed.

4) The other boar was caught on video hovering around his friend’s body, unable to leave by itself.

5) The boar did not run away even when a firefighter approached it and did not act violently even when tranquilizer guns were used.

6) The boar was then captured alive, but it later died.

7) The estimated population for wild boars in Korea is around 300,000. The sight of wild boars in the middle of the city is no longer unusual.

8) In Jeongneung 3-dong, located at the edge of Seongbuk District, Seoul, wild boars appear two to three times a week, sometimes every day.

9) The residents of this “boar village” carry a whistle every time they leave their houses.

10) “Something was knocking on my door for five minutes. When I checked, it turned out to be a boar.”

11) “Once, there were three boars right around the corner, so I hid in my neighbor’s house.”

12) “I heard something behind a trash can. I thought it was a cat, but then it turned out to be a boar.”

13) When 119 or the district office gets a call about a wild boar, they send a hunter affiliated with a boar prevention group to shoot it.

14) These hunters are volunteers who do not get paid.

15) In vicinities around Bukhan Mountain like Seongbuk District, reports come in nearly every day. However, only 11 of the reported boars have been caught in Seongbuk District, and there is no exact estimation for the boar population.

16) “We just answer reports case by case. Supervising the boar population is the metropolitan or the national government’s job.” - A staff member of Seongbuk District Office

17) “The fundamental solution to this problem is to control the boar population, so the local or national government has to understand the current situation.” - Prof. Lee Hang from the department of veterinary medicine at Seoul National University

18) With around 300,000 wild boars estimated to be in Korea, it may be time to discuss a more systematic solution to co-existing with these animals.