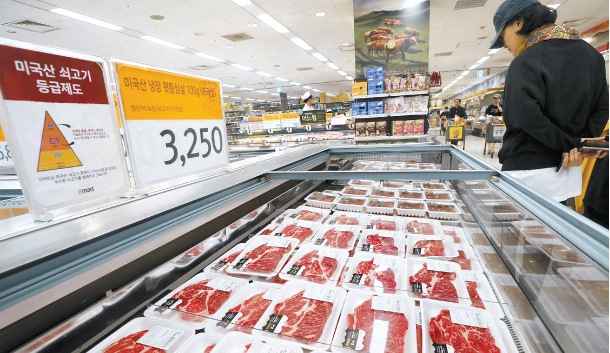 A grocery store in Seoul sells American beef. Korea was the second-largest importer of American beef in 2017, according to a report released by the U.S. Meat Export Federation on Monday. Korea imported $1.22 billion worth of beef from the United States last year, while Japan was the largest importer at $1.89 billion. [YONHAP]