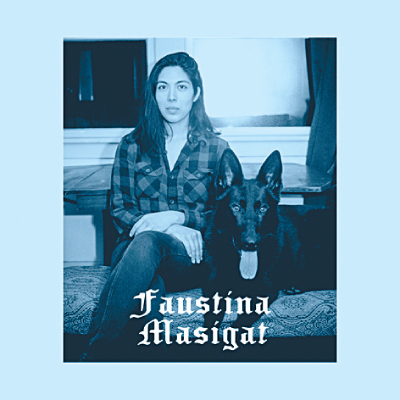 
Faustina Masigat leans in on her debut album. The Oregon songwriter’s breathy alto sometimes drops to a near whisper, and she’s so close to the microphone that P’s pop; T’s too. Forte is not her forte.

Listeners will lean in, too, for a concise 11-song set that connects because it’s refreshingly free of fluff. Masigat performs with a bargain-bin guitar, and her austere approach extends to the arrangements, which makes every ornamentation that much more powerful. Support comes primarily from The Minus 5’s Tucker Jackson, who provides washes of pedal steel that enhance the beauty of the music.

The songs are duets with the second voice absent - three tunes start with “you’’ and two with “I.’’ The missing partner provides inspiration for the material as Masigat sings about heartbreak and healing, honesty and deceit, cold baths and cold apartments.

At times the music recalls Joan Shelley, Kat Edmonson or Margo Price, but Masigat is a singular voice. The title of the final song is “Words Left to Say.” She’s just getting started. AP