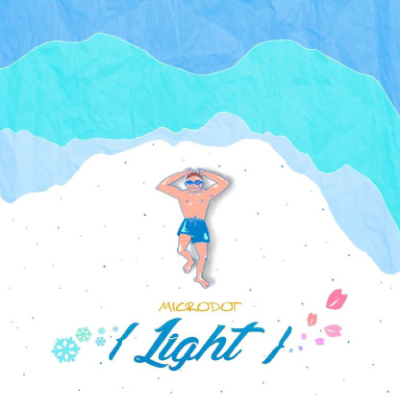 Microdot’s latest EP “Light” features songs that portray the rapper’s current moment in the limelight. The album has five tracks, including “With You,” a sweet love song about the delicate moments leading up to a romantic relationship.

The 24-year-old rapper debuted along with musician Dok2 in a duo called All Black in 2006 but they decided to go their separate ways after only two years together. Ever since Microdot appeared on the sixth season of the Mnet rap competition program “Show Me the Money,” he has been busy appearing in TV shows such as Olive’s “One Night Food Trip” and tvN’s “Friendly Driver.”

Now, he’s back with a new album of songs inspired by his experience in the entertainment industry, as well as his love life.