Believing his own ratings

Believing his own ratings 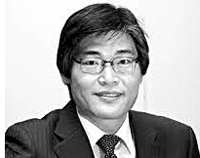 
In last week’s Gallup Korea poll, the approval rating for the performance of President Moon Jae-in hit 74 percent. Other polls also showed the president’s popularity level hovering around 70 percent as he winds up his first year in office. No president has ever enjoyed such a lengthy honeymoon period. If he pulls off the April 27 summit meeting with North Korean leader Kim Jong-un with substantial success, his approval rating is likely to go higher.

Approval ratings are highly fluid. Public opinion can change with lightning speed after a leader’s misstep. The leadership must make the most effort to remain humble. The gathering of fawners and their cajoleries are alarming signs. Arrogance and self-righteousness is a recipe for eventual doom.

The main opposition Liberty Korea Party has lost its dignity. It mostly opposes for opposition’s sake. Party executives’ outbursts often raise questions of whether they have any respect for the public or linguistic decorum. Much of their logic is beyond common sense. But just because it has a pitiful rival, that does not make the Moon Jae-in government perfect.

The suspicion of high-handed pressure from the Blue House over the U.S.-Korea Institute (USKI) at the Johns Hopkins University School of Advanced International Studies (SAIS) in Washington raises ominous signs about Moon’s administration. According to the institute’s senior members, the Blue House demanded the removal of the think tank’s conservative director Jae H. Ku as well as assistant director Jenny Town. When it rejected the demand, the state-funded Korea Institute for International Economic Policy said it will stop funding from June. The Blue House claims it was cutting funding because of the institute’s poor performance. But a donor trying to command how an overseas think tank should be run is a serious infringement of academic freedom and academic sovereignty. A prestigious school like Johns Hopkins University would consider such an act an insult. 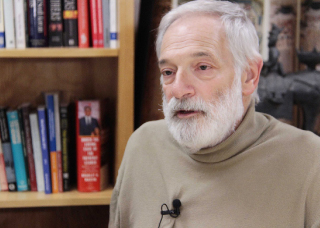 Robert Gallucci, chairman of the U.S.-Korea Institute (USKI) at the Johns Hopkins University School of Advanced International Studies in Washington, complains about pressure from the Blue House to replace its conservative director. [YONHAP]

SAIS is a highly reputable institution on international relations. USKI Chairman Robert Gallucci, a former assistant secretary of state known to be a champion of a peaceful settlement of the North Korean nuclear problem, expressed strong disappointment in the liberal president and his administration. Losing one dovish voice in Washington, where hawks dominate under President Donald Trump, would be a major setback to Moon ahead of his summit meeting and Trump’s summit with Kim.

The arm’s length principle is applied to donations to the arts and academia. The government can be a patron, but at the same time keep its distance from the beneficiaries of its largesse lest it reduce their academic freedom. Creativity can be seriously impaired if donors wield influence. Former President Park Geun-hye and her officials faced criminal charges because they blacklisted government critics in the cultural community.

There are rumors that experts in state think tanks on international affairs with different views from the liberal administration are under pressure to pack up. Moon’s order to extend state-funded security for Lee Hee-ho, widow of former progressive President Kim Dae-jung, also raises questions of unfairness. Before making the decision ahead of an authoritative interpretation, the same generosity should have been paid to the widow of former President Kim Young-sam as well. That’s not all. The ruling Democratic Party is also delaying approval of a revised bill on the broadcasting law, which it submitted while in opposition — another sign of a double standard.
The Moon administration has so far done well as its high approval ratings show. But it must not take lightly the critical voices and alarm over some of its decisions. The wise should watch themselves most assiduously when things are going well.