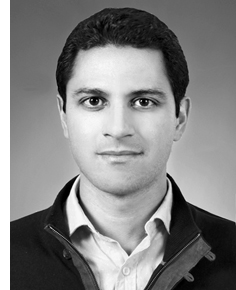 *The author is a professor at the Graduate School of International and Areas Studies (Gsias) at Hankuk University of Foreign Studies.

Fighting corruption is an uphill struggle. It is especially difficult in countries where a culture of impunity prevails. Brazil, unfortunately, fits this description. It is a place where illegality in the application of laws is often an expected outcome.

In an environment where justice through the application of the rule of law is unlikely to prevail, corruption crimes are not expected to end in judicial prosecutions. This is even more likely in cases of political corruption. Corrupt politicians often use the power of their positions to obstruct justice or portray their crimes as minor infractions to the general public.

The former Brazilian president, Luiz Inácio Lula da Silva, who governed Brazil from 2003 to 2011, is a case in point. After two years of investigations and trials that started as a probe to uncover a billionaire corruption scheme involving the national oil company, Lula was found guilty of corruption, and an appeals court upheld the decision. In addition, he is also being charged in six other related cases.

On March 5, a leading Brazilian judge in a corruption probe issued an arrest warrant against Lula after the Supreme Court denied an injunction filed by his legal team. Lula ignored the order to turn himself in and took cover for more than 24 hours at the headquarters of the steel workers union in São Paulo, where he gathered sympathizers and delivered a speech of victimization before finally turning himself in to the police.

Although he had ample rights to appeal, Lula and his followers claim his rights are not being respected and that he is the victim of broad political campaign against the Left. This belief falls well in a context where crime perpetrators historically have been shielded from responding for their wrongdoings. Lula’s clear aim is to delegitimize Brazilian institutions while attempting to gain political support and remain influential in this year’s presidential elections.

Lula’s open defiance toward a legal system with ample rights and guarantees for individuals reveals the great difficulty Brazilian judicial authorities have in enforcing the rule of law. And when laws are enforced, doing so has destabilizing effects on the political system in Brazil. This destabilization happens when Brazilian politicians embrace the culture of impunity. In this political culture, politicians are rarely expected to face justice and many citizens come to believe that anticorruption initiatives are politically motivated.

Too many politicians and citizens alike are unable to see that fighting corruption is not a political game but a question of democratic and institutional survival. This is particularly the case with Lula, whose history of leadership in democratic Brazil seems to contradict the new image of him as a plutocrat.

Lula’s political rise culminating in the Brazilian presidency reflects his admirable effort to overcome a life of poverty. Lula was born in the backlands of the Brazilian Northeast, one of the poorest regions of the country, and eventually migrated to São Paulo where he became a factory worker and prominent union leader. During Brazil’s democratization in the 1980s, Lula emerged as a significant political leader who would eventually run in four consecutive presidential elections before finally being elected in 2003. His eight years in government became known for establishing important social policies to alleviate poverty. When he left office in 2011, he had an approval rating of 90 percent.

The rise and fall of Lula as a popular leader bears an uncanny resemblance to the fictional fantasy story Macunaíma, a 1928 novel of Brazilian modernist literature by Mário de Andrade. The plot serves as an allegory to Lula’s own political saga.

The main character of the book, Macunaíma, is an antihero who embodies the essence of Lula’s political being. Macunaíma, depicted as a trickster, was born in the Amazon rainforest and endured a long journey to the Brazilian megalopolis, São Paulo. During this journey, the dark-skinned Macunaíma transforms into being white, blond and blue-eyed. As a mythical human, when he is about to die, he says that he didn’t come to the world to be a stone, but instead a star.

Just like Macunaíma, Lula underwent a transformation from a union leader to the president of Brazil. On his journey, Lula became a rich politician through corruption while at the same time maintaining a very high level of popularity.

True to the spirit of Macunaíma, Lula seems to believe he is otherworldly. As he said just before his arrest, “I am not human, I am an idea.” This delusion is particularly possible in a country where the culture of impunity remains deeply embedded in so many institutions, and in the hearts and minds of the people.