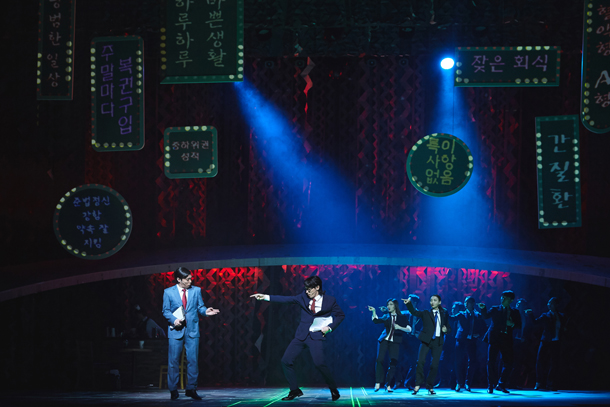 The popular webtoon series “Along with the Gods: The Two Worlds,” which has attracted millions by being turned into a film, has been adapted into a musical as well. Produced by the Seoul Performing Arts Company, the musical stays true to the plot of the webtoon as an ordinary citizen Ja-hong undergoes seven trials after death. See THEATER, below. [SEOUL PERFORMING ARTS COMPANY]

April 14: Violinist Danny Koo and double bassist Sung Min-je will be collaborating with each other and creating harmony with the violin and the double bass. Sung is a renowned musician who has won several competitions in and out of Korea. His best achievements were winning both the International Johann Matthias Sperger Competition for Double Bass in 2006 and the International Serge Koussevitzky in 2007.

Koo has collaborated with several musicians, such as German-Canadian cellist Johannes Moser, and is currently a member of Ensemble Ditto from 2016.

April 28: For the first time since she performed music from her “Canto Antigo” album at the 2015 Ditto Festival, violinist Zia Hyunsu Shin returns to the stage at the Seoul Arts Center. Shin will be accompanied by Japanese pianist Akira Eguchi, who was Shin’s partner on her first album “Passion.” The program contains pieces from the following artists: J.S. Bach, Grieg, Szymanowski and Wieniawski. 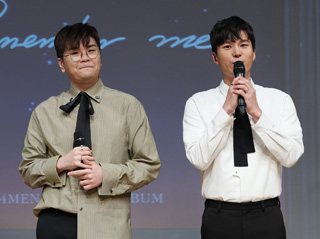 May 6: Favorite songs from soundtracks of movies by DreamWorks Animation will be performed live by the Korea Coop Orchestra. The program includes pieces from “Shrek,” “Madagascar,” “Puss in Boots,” “Kung Fu Panda,” “How to Train Your Dragon” and many more. Chinese conductor Shih-Hung Young will lead the orchestra throughout the concert. Young is an acclaimed artist who has previously conducted Howard Shore’s Academy Award-winning “Lord of the Rings: Live to Projection” and “Lord of the Rings Symphony,” as well as Hans Zimmer’s award-winning score “Gladiator: Live.”

May 19-20: Singers will come together in Seoul to sing everyone’s favorite Disney songs and depict magical movie moments on stage. While clips from the films play on screen, the audience will get to enjoy the singers playing out the scenes onstage as well. The program includes songs from Disney classics such as “The Little Mermaid,” “Beauty and the Beast,” “Lion King” and “Frozen.”


ALONG WITH THE GODS: THE TWO WORLDS

To April 15: Based on the 1991 movie “Misery,” the musical is being applauded for using a revolving stage between scene transitions. The show is gaining particular attention now, as the Me Too movement continues in Korea, since the musical shows how one-sided-love can be violent and dangerous.

The entire stage is designed in a circular form and resembles a merry-go-round. The design lends itself to giving the audience multiple vantage points throughout the performance.

Performances start at 8 p.m. on Tuesdays, Thursdays and Fridays, and 3 p.m. and 8 p.m. on Wednesdays. The show starts at 2 p.m. and 5 p.m. on Saturdays and national holidays, and 2 p.m. on Sundays.

There are no shows on Mondays. There is no intermission time. 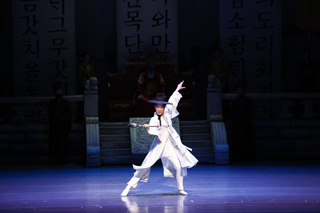 June 9-10: The Universal Ballet Company is presenting a production of “The Love of Chunhyang,” based on the famous Korean pansori (traditional Korean opera) Chunhyangga. Taking place during the Joseon Dynasty (1329-1910), this ballet portrays how two lovers- Chunhyang and Mongryong - encounter struggles but eventually live happily ever after.

To April 15: Preserving tradition while also adding creative touches may seem like an oxymoron, but the combination of pansori and modern dance fit together surprisingly well. This 90-minute performance uses pansori to explain how the three heroes of the Three Kingdoms (57 B.C.-A.D. 668) fight amongst each other in the war.