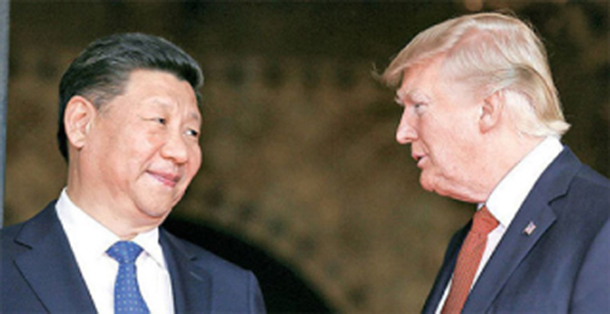 In early March, I attended a meeting of U.S. specialists in China along with other foreign correspondents in Beijing. We discussed Section 232 of the United States’ Trade Expansion Act, which was enforced because “imported steel and aluminum threatened the national security of the United States.”

When a Western reporter asked whether the experts read the book “Fire and Fury” by Michael Wolff, all three Chinese experts said they have.

A senior researcher said that China was expecting a “deal” with America because the high-cost, low-efficiency global security methods that the United States used after World War II have ended. They analyzed U.S.-China discord as a structural issue rather than a phenomenon caused by Trump.

I also recently attended the 2018 China Development Forum at the Diaoyutai State Guesthouse in Beijing. The conference hall was tense, as the topic “Critical Decision: Major Power Politics in the 21st Century” covered U.S.-China relations. A U.S. panel declared that America’s constructive engagement policy with China failed. Harvard University professor Graham Allison, the author of “Destined for War: Can America and China Escape Thucydides’s Trap?,” said that a war between the two countries was not unimaginable, and if a war broke out, it was not because of the iron law of history but because of their own faults. In his book, Professor Allison cited Thucydides, saying, “it was the rise of Athens and the fear that this instilled in Sparta that made war inevitable.”

In the meantime, the United States and China are locked in conflict over the Taiwan Travel Act and trade tariffs. The rivals’ aircraft carriers are facing off in the South China Sea.

The United States’ intention can be found in the pages of “Fire and Fury.” In early 2017, former White House strategist Steve Bannon told late Fox News founder Roger Ailes, “China is where Nazi Germany was in 1929 to 1930,” and “You’re going to have a hypernationalist state, and once that happens, you can’t put the genie back in the bottle.”

At the end of the book, Wolff wrote, “The story of the next generation, he [Bannon] believed, had been written, and it was about war with China. Commercial war, trade war, cultural war, diplomatic war — it would be an all-encompassing war that few in the United States now understood needed to be fought, and that almost nobody was prepared to fight.”

Many Chinese people consider the country’s constitutional amendment that removed the term limit for President Xi Jinping at the National People’s Congress to be insurance against America’s offensive. But Trump tweeted, “Xi and I will always be friends.” The world is watching the moves of the two leaders.