After 70 years competing in the Winter Olympics, Korea finally emerged from the ice rink to claim a gold medal in a different sport at the PyeongChang Games. A gold and silver in sliding sports as well as silvers on the slopes and the curling sheet showed the world that Korea is more than just a skating nation, and yet it was back on the ice rink that things started to unwind. 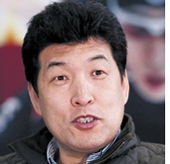 From the mistreatment of speed skater Noh Seon-yeong - both from the Korea Skating Union (KSU) before the Games even started and from her teammates in the women’s team pursuit race - to a younger athlete falling on his sword to allow Lee Seung-hoon to win the men’s mass start race, the KSU is coming under fire for its treatment of athletes. KSU Vice Chairman Jeon Myung-gyu, in particular, is being accused of playing favorites, prioritizing athletes likely to medal at the expense of everyone else.

The SBS TV series “We Want To Know” aired a documentary on Saturday that accused Jeon of using his authority in the KSU to ensure the success of specific athletes by sacrificing others. The documentary claimed that Lee was the biggest benefactor of Jeon’s patronage, particularly at PyeongChang when Lee won the gold medal even though Chung Jae-won led the pack throughout the race.

Following the SBS show, fans headed to the Blue House website to demand an “investigation of Jeon and the KSU.” They also said that Lee should be stripped of his gold medal.


The documentary went on to highlight Jeon’s involvement in the events surrounding the death of Noh Jin-kyu, Korea’s top Olympic medal hope and Noh Seon-yeong’s brother. Noh Jin-kyu died two years ago from osteosarcoma, a form of bone cancer.

“Jin-kyu injured his shoulder while racing in an event and was diagnosed with a benign tumor,” explained Noh’s mother. “[The doctor said] that there was a one in two million chance of the tumor being malignant but at the time, it was benign. So I called Jeon saying that he should undergo surgery, but Jeon said Jin-kyu could wait until after the Olympics.”

Though it was benign when first diagnosed, Noh Jin-kyu’s tumor turned malignant, expanding to his lung. 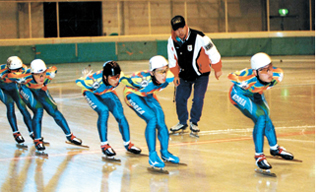 Since the documentary aired Jeon has stopped responding to interview requests and the KSU has refrained from making a statement regarding the issue.

The controversy regarding Jeon’s favoritism has grown from the changing way that Korean sports fans view athletes. Until recently, Korean athletes were judged on results alone, not the work that they put in or the way that they are treated.

In 1987, when short track was selected as a test event for the Winter Olympics, Jeon was tasked with ensuring Korea brought home medals. Jeon developed the Korean team into a short track powerhouse - winning 11 golds, three silvers and four bronze at the Olympics between 1988 and 2002 - but his rigorous techniques and regimented training schedules seem borderline abusive by today’s standards.

Once he stepped down from the position, Jeon continued working privately to develop notable athletes in both long-track and short-track speed skating - Lee Sang-hwa, Mo Tae-bum, Lee Seung-hoon, Shim Suk-hee and Lim Hyo-jun. After a successful career as a coach, Jeon was appointed as the vice chairman of the KSU in 2009, and was nicknamed “Hiddink on ice,” equating his achievements in skating to former Korean football manager Guus Hiddink taking Korea to a historic fourth place finish at the World Cup.

Despite his success, Jeon’s results-based approach and favoritism started to receive criticism in the mid-2000s, as fans started to pay more attention to athlete’s effort, not their achievements.

In 2010, Jeon stepped down from his position due to a match-fixing scandal. He returned shortly after, but once again had to resign after the 2014 Sochi Olympics due to conflict between athletes that trained at Korea National Sport University and those that didn’t. Jeon was once again reinstated last year in a last-minute attempt to ensure that the Olympics was a success.

Now, once again, there are calls for Jeon to resign. This time it’s his favoritism that is likely to be his undoing.

“The KSU and the skaters agree that Jeon has too much authority,” said a former member of the Korean national skating team. “But since he made great achievements in international events, nobody could say anything to him. Just by looking at the PyeongChang Olympics, his method worked. There were controversies but Korea won two medals in the mass start race.”

“Skaters give their life for the Olympics,” said another skater. “To be on the national team, you have no choice but to do what the vice chairman or the KSU says.”